Ideas
By Philip Davidson and The Nantucket Project

Philip Davidson is a marketing consultant and writer whose finger is pressed firmly on the pulse of culture, politics, technology and communications. He is currently paying rapt attention to the upcoming mid-term elections, to the plight of those with ebola and to the World Series.

The Nantucket Project is one of the world’s great gatherings, each year hosting preeminent thinkers, leaders and innovators in a wide range of fields. We focus on the intersection of art and commerce – one fueled by passion, the other by reason. In every organization – whether it’s a business, a philanthropy or a creative endeavor – those two forces jostle to achieve the right balance. In the process, values are determined. We believe TNP is the only event of its kind that rigorously examines those values.

Evidence suggests that the U.S. Congress is less popular today than the British crown was in the 13 colonies at the time of the American Revolution.

So why do voters continue to send so many incumbents back to Washington?

According to Lessig, the outcome of many Congressional elections are decided ahead of the vote by a tiny fraction of the population – the donors who give to Super PACs.

In order to combat the undue influence of these political-action committees, Lessig took an unusual step earlier this year. He formed a Super PAC of his own.

Lessig’s MayDay Super PAC is funding candidates in this year’s midterm elections who have pledged to support campaign finance reform. Lessig is not attempting to change the system overnight. Instead he hopes to influence the outcome of a handful of elections this year with the hope of translating limited electoral success into a movement that will be a major force in 2016.

To get his message out, Lessig recently participated in a novel experiment at The Nantucket Project, a burgeoning festival of ideas that TED founder Richard Saul Wurman says is “rapidly becoming the best conference in the land.”

At the event, Lessig was joined onstage by two artists who drew live illustrations of his talk. This multimedia experiment was directed by acclaimed documentary filmmaker Eugene Jarecki and has been edited into the short film above.

This 6-minute narrative, entitled “Reclaim Democracy,” is the first short film in a series called The Storytelling Project – a collaboration between TNP Labs and Harbers Studios. Each short film is inspired by a speaker or topic from this year’s Nantucket Project event. “The idea behind the series is to pair the most important ideas of the day with some of the world’s best storytellers,” says Renee Harbers, founder of Harbers Studios.

The six filmmakers who were invited to this year’s event were granted wide creative freedom. “I believe because of that they will do their best work,” Harbers says. 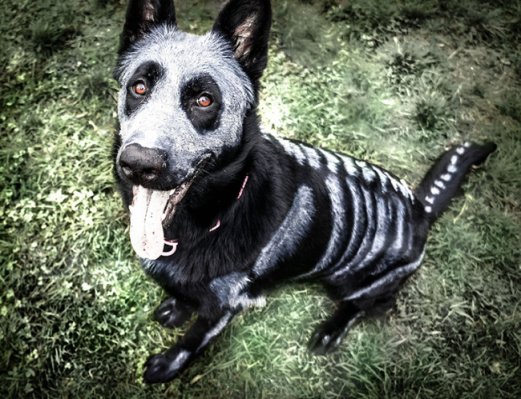 Pet Costumes: Non-Toxic Paint Turned This Pup Into a Cute Skeleton
Next Up: Editor's Pick