Yahoo said Tuesday that third-quarter grew 1%. Here are the most important points from the company’s earnings report.

What you need to know: Yahoo beat Wall Street estimates with $1.15 billion in third-quarter revenue, up from $1.14 during the same quarter last year. Surprising analysts is always nice, but the Internet search giant should be especially happy about the revenue bump, even if it is just a 1% increase. Sales had declined in four of the previous five quarters, including a 3% year-over-year drop in this year’s second quarter.

Yahoo also reported earnings excluding certain costs (and a huge windfall from selling shares in the initial public offering of Chinese e-commerce giant Alibaba) of 52 cents per share, which trounced analyst predictions of 30 cents per share. The company’s profit jumped to $6.8 billion compared with the help of $6.3 billion in cash, after tax, that the company netted from selling a chunk of its Alibaba shares in September. In the year-ago quarter, Yahoo had reported a profit of $297 million.

Yahoo CEO Marissa Mayer described the quarter in a statement as solid.

“We achieved this revenue growth through strong growth in our new areas of investment – mobile, social, native and video – despite industry headwinds in some of our large, legacy businesses,” Mayer said.

Yahoo shares soared in after-hours trading, gaining almost 2.8% after finishing Tuesday trading up by 2.3% – one of many stocks on the tech-heavy Nasdaq composite to enjoy a strong day.

The big number: Yahoo said its third-quarter mobile revenue topped $200 million, the first time the company has revealed the amount of money it makes from showing ads on mobile devices. The company said gross mobile sales for the year will exceed $1.2 billion. Mayer said that Yahoo’s mobile investments – which include a $300 million acquisition of mobile analytics startup Flurry – have paid off for the company. In the current quarter, mobile revenue made up only around 17% of overall sales, far less than rivals like Facebook and Twitter.

“Not only are our mobile products attracting praise and engagement from users and industry awards, they are generating meaningful revenue for Yahoo,” Mayer said.

Meanwhile, Yahoo’s display ad revenue – the equivalent on online billboard ads – dipped again, falling 5% year-over-year to $447 million in the third quarter. (Interestingly, Yahoo said in its earnings release that the number of ads sold in the third quarter increased about 24%, but that seems to have been offset by the fact that the price of each ad declined by an equal amount.) Search ads continue to grow for Yahoo, though, with third-quarter revenue in that sector rising 4% to $452 million.

What you might have missed: Yahoo plans to spend some of the more than $6 billion in cash it netted from the recent Alibaba IPO on one or more tech start-up acquisitions, according to The Wall Street Journal. Mayer is expected to discuss Yahoo’s plan for potential acquisitions as well as cost-cutting measures – a discussion that comes a few weeks after activist investor Starboard Value revealed it had taken a stake in Yahoo and pushed for Mayer to reduce costs and consider a combination with AOL. 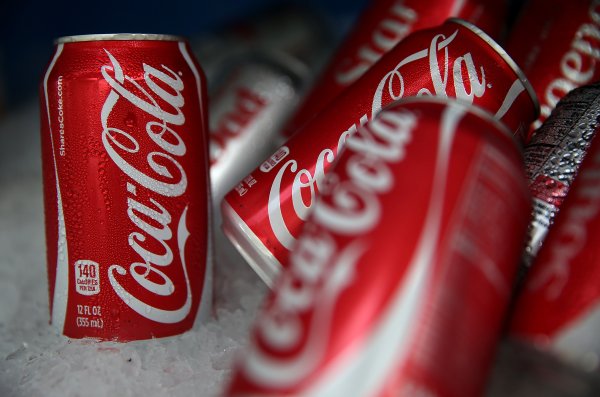 Coke Expands Its Cost-Cutting Program as Earnings Slide
Next Up: Editor's Pick