Beverages giant Coca-Cola reported a 14% decline in third-quarter net income on Tuesday on a muted volume performance. Here’s what you need to know.

What you need to know: The North America market remains a problem for Coke and top rival PepsiCo, with both of the consumer-products behemoths reporting muted results for that market in the latest quarter, even as data shows Americans are spending more at grocery stores. Coke’s North America unit case volume was down 1% in the latest period, while Pepsi earlier this month reported flat revenue for the Americas beverages business.

Consumers are spending more on fresh produce, fresh grocery products and in the beverages aisle, favoring juices, flavored waters and other items that have fewer calories and less sugar than what Coke and Pepsi use in their products. Demand for carbonated soft drinks, the biggest category in the beverages business, has suffered a nearly decade-long slide. Coke on Tuesday said the “Share a Coke” campaign helped the company gain share in the sparkling beverage segment in North America, but volume still declined. Demand was also weaker for juices and sports drinks, though demand grew for tea, energy drinks and water.

Coke also didn’t post especially strong growth in any of the other markets it serves to help offset the North America weakness. Volume grew just 2% in Latin America and the Asia Pacific, and it feel 5% in Europe. The Eurasia and Africa region’s volume grew 5%.

The big number: 53 cents — that’s the adjusted profit Coke reported for the third quarter, and it matched the year-ago level and also what analysts had projected. The reported bottom line was dragged lower by $270 million in charges tied to a move to refranchise some bottling partners in North America.

Revenue totaled $11.98 billion, falling slightly short of the $12.12 billion projected by analysts. Citing some currency exchange fluctuations, Coke said it now expects profit for all of 2014 to be “below its long-term EPS growth targets.”

What you might have missed: Coke is targeting annualized savings of $3 billion per year by 2019. Coke issued a second press release Tuesday morning touting an “expanded productivity program” (typically, corporate lingo for cost-cutting) and a move to streamline its operations. While Chief Executive Muhtar Kent said Coke sees a challenging macroeconomic environment in 2015, the company’s plans to restructure its global supply chain, among other moves, will help the beverages company achieve a profit before tax target of 6% to 8%. 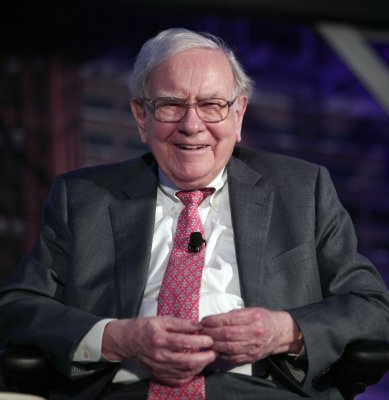 Warren Buffett Just Lost Another $1.5 Billion
Next Up: Editor's Pick