Renée Zellweger arrives at the 2014 ELLE Women In Hollywood Awards at Four Seasons Hotel Los Angeles at Beverly Hills on October 20, 2014 in Beverly Hills, Ca.
Steve Granitz—WireImage/Getty Images
Ideas
By Brian Moylan
Brian Moylan is a writer and pop culture junkie who lives in New York. His work has appeared in Gawker, VICE, New York magazine, and a few other safe-for-work publications.

Last night Renée Zellweger did something totally normal for a celebrity of her magnitude: she went to a red-carpet event. But something different happened when the photos from her trip in front of the Elle Women in Hollywood Awards step and repeat hit the wires. Everyone freaked the hell out. “Is that you, Renée Zellweger?” CNN asked. “What has Renée Zellweger done to her face?” the Daily Mail cried. “Stop what you are doing: Renée Zellweger has a whole new face,” Metro implored, past the stage of mourning where we ask questions and moving toward acceptance.

Yes, it’s clear that Zellweger has had some work done. Welcome to Hollywood. I would like to introduce you to Meg Ryan’s lips, Nicole Kidman’s forehead, and everything that is currently going on with Bruce Jenner. The reaction to Zellweger’s big reveal seems more than a little bit unjust.

Most outlets are taking the tack of asking readers if her new look is good or bad, and there are some people that will fall on either side of the debate. However, the subtext to this question is always, “Holy hell, what did this lady do to her face and how is she going to fix it?!” If it was a text from your best friend, it would have about 100 times more exclamation points and probably the emoji of the girl crossing her arms in front of her body. Everyone is very concerned that Zellweger doesn’t look like herself anymore. Her signature squint is gone, her lips seem a little more full and less pursed, and her cheeks just aren’t quite as puffy as they used to be.

It’s always dicey for an actress to mess with her looks. When her face is unrecognizable, it distracts from her work as an actress. (And any lack of mobility in the face can certainly make it harder for her to ply her craft.) Why would Zellweger want to look like someone else when she makes money partly from her appearance? That seems to be a bad decision. Just ask Jennifer Grey about her nose or Kate Gosselin about her new haircut. (Actually, please don’t ask Kate Gosselin anything; it’s better that we just keep on ignoring her for the time being.)

But there is a very real reason Zellweger would want a whole new face: we were all incredibly mean to her old one. Here is a post likening her to Mr. Magoo and making multiple stabs at her appearance. Here is a mock-up for Renée Zellweger’s Extreme Sour Lemon Candy, making fun of her pout and squint. Here is her Urban Dictionary entry calling her a “cure for a case of the boners.” Here is Dlisted saying she looks “like she’s staring directly into the sun after swallowing a cup of Sour Patch Kids dust” right before retiring her nickname Squinty Zellweger forever. Here is me taking a really lame cheap shot at her back in 2009. Oh, I have been mean to the Zellweger myself, and I should be ashamed.

Now, you wonder why Zellweger would want to do such extreme things to her face? Maybe it’s a reaction to the extreme things that were constantly said about her old one. If people always made fun of a giant mole on my neck, I would have that removed too. If I was bullied for being overweight, I might think about going on an extreme diet just to shut the haters up. Maybe Zellweger did the same thing, and now that she fixed the squint and pout that have created a million “Looks like she’s having an allergic reaction to shrimp” jokes, everyone is being just as mean.

The celebrity media is fascinated with bodies. Headlines are constantly made out of “baby bumps” and “bikini bodies,” as if these don’t belong to real people but instead are lumps of flesh for our inspection, like breeding animals at the state farm. (The women certainly get it worse, but we’re increasingly critical of men without Gosling-esque abdominal muscles too. )

I sincerely hope that the media’s fascination with Zellweger’s appearance didn’t lead to her undergoing such extensive surgery. As we’ve seen, her detractors aren’t going to let up. There is no appeasing the beast. The only solution is to disappear from public view entirely. Harsh scrutiny is the price anyone has to pay to pursue a very public career, and we shrug our shoulders and say they should know that. But is that clause in the unspoken celebrity contract really non-negotiable?

Maybe we should just leave Renée Zellweger’s face alone altogether. It’s her body, and she can do whatever she wants to it. If she wants to get “I am Bridget Jones” tattooed across her forehead, then she should feel free to go ahead and do it. Sure, her changes might cost her some jobs, but that is a decision that she made and she can deal with it.

Now that her new face has been revealed, we’ll all get used to it, just like we have with Cher’s, Madonna’s, Kenny Rogers’ and the countless iterations of Dolly Parton’s and Joan Rivers’ (RIP). Pointing, gawking and screaming about it says more about our media, our vanity and the type of society that would lead a star to completely rearrange the most personal part of her body than it ever will about Renée Zellweger. 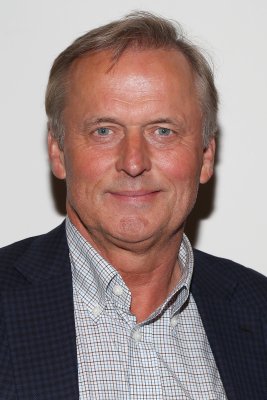 What John Grisham Got Right About Child Pornography
Next Up: Editor's Pick