5 Weird Reasons Your Credit Card May Be Declined

When President Obama mentioned that he’d recently had his credit card declined at a New York City restaurant, the news was kind of funny. The leader of the free world getting his card rejected? But all joking aside, it can happen to anybody, for any number of reasons. “I guess I don’t use it enough, so they thought there was some fraud going on,” the President said.

That’s actually a pretty common reason issuers will freeze a card, experts say. Here are some other unexpected reasons your card could be declined. Here are some others they say you should watch out for, so you’re not stuck standing at a payment terminal trying to explain, like Obama, that no, you really do pay your bills on time.

You hit the road. “[If] you make purchases the same day in distant locations — you buy breakfast in Toledo and then you’re shopping in New York that evening — your card issuer may not know you’re traveling and could decline the purchase,” says Gerri Detweiler, director of consumer education for Credit.com.

You’re paying a foreign company. If you’re traveling overseas, especially in a country where card fraud is more prevalent, or if you’re making a payment to a business based overseas, that could get your card flagged, experts say.

Your limit was cut. If you got a limit decrease on a credit card that you forgot about, or if you missed the notification, you could be denied if a purchase would push you over that new limit, says Odysseas Papadimitriou, founder and CEO of Evolution Finance. On a related note, if your card has expired and you’re not using the new one, you could be declined.

Your funds are tied up in a hold. Businesses including gas stations, hotels and rental car companies often put a hold for a certain amount — which can be hundreds of dollars — onto your card when you initiate a purchase, warns Edgar Dworksky, founder of Consumer World. “If you are near your limit before this, these temporary charges could put you at your limit, and subsequent purchases elsewhere will be denied,” he says.

You’re spending big. “A large purchase like electronics, appliances or an expensive vacation all could trigger a decline if it’s outside your normal spending pattern,” Detweiler says. Likewise, if you’re spending big bucks on luxury goods popular with credit card crooks like jewelry or electronics, your issuer might suspect fraud. 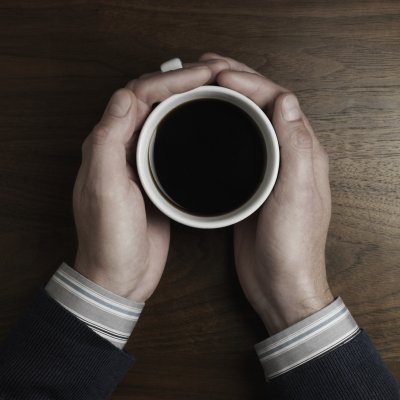 7 Reasons You Should Consider Quitting Coffee Today
Next Up: Editor's Pick