Buskers in New York City planned a demonstration Tuesday on behalf of a fellow subway performer whose arrest for serenading commuters was recorded by protesting bystanders and turned into a viral video, the AP reports.

Adam Kalleen was arrested in an underground station in Brooklyn Friday after he refused a police offer’s request to put down the guitar and go. While the officer said that the 30-year-old needed permission to play, Kalleen and on-lookers said that the MTA does not issue permits.

The video, which has been viewed almost half a million times on YouTube, shows people protesting Kalleen’s arrest for loitering. “You don’t have something better to do? There are people breaking real laws,” someone shouts.

The fedora-wearing busker can be seen singing Neil Young’s “Ohio,” a song written in 1970 by Neil Young about the Kent State shootings, to the chants “F*** the police” from the crowd.

The MTA guidelines state that “artistic performances, including the acceptance of donations” are permitted, although that does appear to conflict with state law that prohibits subway station loitering “for the purpose of soliciting or engaging in business.” Busker advocacy organizations exist to fight for street performers’ rights.

An NYPD spokesperson told the AP that the department is looking into the arrest. 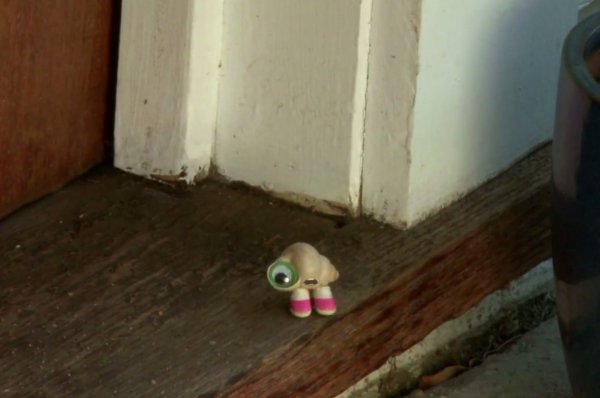 Marcel the Shell (With Shoes On) Is Back
Next Up: Editor's Pick