At least 32 people were injured early Monday morning in Chicago when a subway train jumped a track at O’Hare International Airport.

Officials said the train jumped a bumper and collided with an escalator at about 2:50 am, and that the train appeared to be going faster than normal, the Chicago Tribune reports. Twenty-six people were in good condition as they were transported to the hospital, and six were in fair condition. The train operator was “walking and talking,” according to Chicago Fire Commissioner Jose Santiago.

A Chicago Transit Authority spokesman said it would be investigating the signals, the equipment, and the possibility of human error in determining the cause of the crash.

Update: The president of a Chicago transit union suggested Monday that the train’s operator might have been struggling to stay awake when the vehicle derailed.

According to the Associated Press, Robert Kelly, president of Amalgamated Transit Union Local 308, says the driver was “extremely tired” and had recently worked a lot of overtime. The National Transportation Safety Board will interview the train operator, who is reportedly still hospitalized. 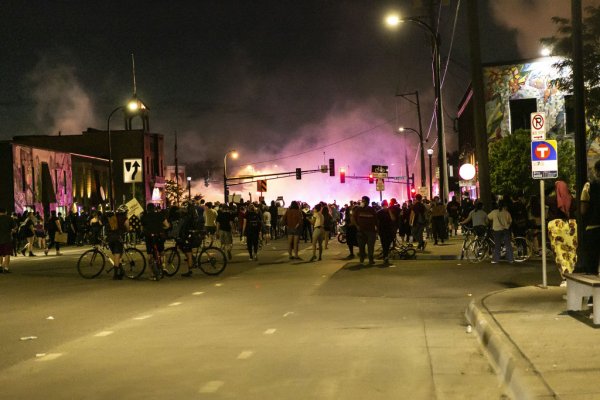 What to Know About the George Floyd Protests
EDIT POST