President Barack Obama held his own against a jealous boyfriend in Chicago on Monday.

“Mr. President, don’t touch my girlfriend,” said a man identified by CNN as Mike Jones, as Obama cast his early ballot in the Illinois state elections next to a woman named Aia Cooper.

“I really wasn’t planning on it,” Obama said, without looking up from his ballot, as Cooper laughed. A visibly embarrassed Cooper then offered an apology on behalf of her fiancé. Obama was sympathetic, though, joking “there’s an example of a brother just embarrassing me for no reason.”

After a brief conversation as the two finished voting, the video shows, Obama gave Cooper a quick kiss on the cheek, to give Jones “something to talk about.” 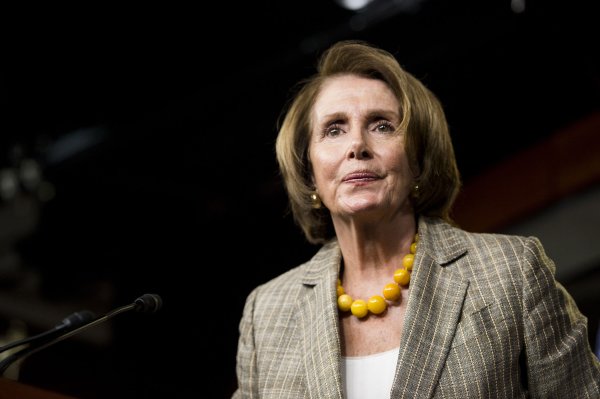