Republican congressional candidate Carl DeMaio allegedly ridiculed a female aide to his Democratic opponent by comparing her in an email to a photo of an overweight woman wearing only a bra and eating a snack.

DeMaio, a candidate for California’s 52nd Congressional District, sent the picture without text on January 22 to two members of his campaign, spokesperson Dave McCulloch and former policy director Todd Bosnich, according to a copy of the document. The email in question has the subject line “Kate Lyon,” the name of California Democratic Rep. Scott Peters’ deputy campaign manager. The photo of a woman partially undressed is not of Lyon.

The DeMaio campaign declined to comment on the authenticity of the email when contacted by TIME. “We are done responding to Mr. Bosnich’s politically motivated smears,” said Dave McCulloch, a spokesman for DeMaio, in an emailed statement. “Carl is focused on his plan to reform Congress and create jobs.”

The story was first reported by the San Diego CityBeat.

Bosinch has also accused DeMaio of sexual harassment, saying DeMaio repeatedly groped him and made unwanted sexual advances on the job. The San Diego County District Attorney declined to bring charges this week after an investigation of those claims. DeMaio, a former San Diego city councilman, is openly gay and has been touted as a “new kind of Republican.”

According to a recent poll by U-T San Diego and 10News, the race is too close to call, with DeMaio favored by 48% of voters and Peters favored by 45%. The margin of error in the poll was 4.3%.

The Peters campaign released a statement after the email was made public.

“Kate Lyon is one of the most experienced and respected members of our staff,” said Alex Roth, the Peters communications director. “She previously worked as an attorney, for NARAL Pro-Choice America and for Planned Parenthood. It is disgusting and despicable that this champion for women’s rights, or any woman, would be demeaned this way. I wish I could say it is shocking, but coming from Carl DeMaio, nothing is shocking.” 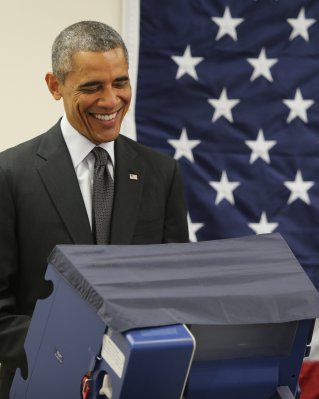