The NBA banned Los Angeles Clippers owner Donald Sterling for life for "deeply offensive and harmful" racist comments that sparked a national firestorm. NBA Commissioner Adam Silver fined him a maximum $2.5 million dollars and called on other owners to force him to sell his team
ROBYN BECK—AFP/Getty Images
By Sports Illustrated / Will Green

Former Los Angeles Clippers owner Donald Sterling has dropped one of his two lawsuits against the NBA, according to the Los Angeles Times‘ Nathan Fenno.

Sterling will no longer pursue his case against NBA commissioner Adam Silver and Sterling’s wife Shelly, which accused both parties of fraud and of inflicting “severe emotional damage” during his forced sale of the team earlier this year. The move frees up Sterling to pursue his other suit against the NBA, an antitrust suit that seeks more than $1 billion in damages.

“We believe that we can more efficiently address all the issues in our pending federal action,” Sterling’s attorney Bobby Samini told the Times Monday.

The news comes on the same day that a judge threw out the defamation lawsuit of Sterling’s mistress V. Stiviano against Shelly Sterling. Judge Richard Fruin said Stiviano could produce no evidence Shelly Sterling defamed her. Shelly Sterling called Los Angeles Police to Donald’s home earlier this month, indicating there had been a break-in at the home. Responding officers found no evidence of a break-in, however, and instead found Donald Sterling entertaining Stiviano. 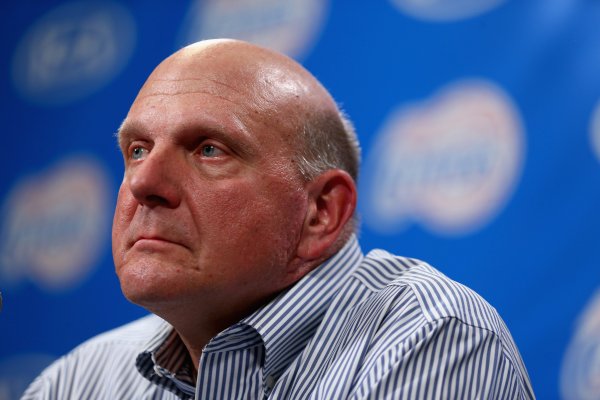