Matthew McConaughey has offered his two cents on the Redskins controversy. In an interview with GQ, the Interstellar actor compared the controversy over the team’s name to the gun control debate. Yes, really:

Confused? Same here. And why is McConaughey, who hails from Texas, a Redskins fan, anyway? “First, four years old, watching Westerns, I always rooted for the Indians,” McConaughey, who once played a football coach in We Are Marshall, said. “Second, my favorite food was hamburgers. The Redskins had a linebacker named Chris Hanburger.”

The interviewer asked McConaughey if he would be hurt to see the logo gone. “It’s not going to hurt me. It’s just… I love the emblem,” the Oscar winner said. “I dig it. It gives me a little fire and some oomph. But now that it’s in the court of public opinion, it’s going to change. I wish it wouldn’t, but it will.” 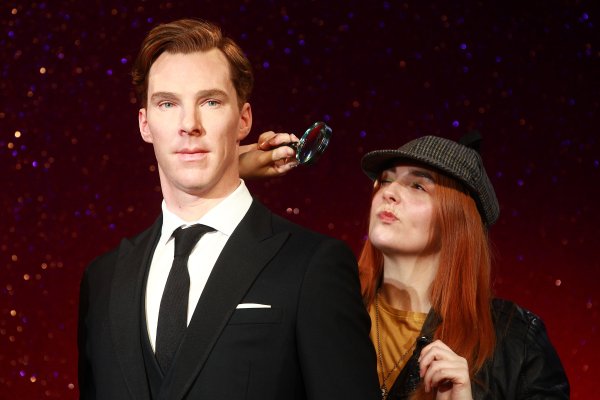 You Can Now Grope Benedict Cumberbatch's Waxy Figure at Madame Tussauds
Next Up: Editor's Pick