Japan to Turn Over Nuclear Cache to U.S.

Japan will turn over to the United States a stockpile of material large enough to build dozens of nuclear weapons, in the biggest success yet in President Barack Obama’s efforts to secure dangerous material.

On Monday, Japan will announce that it will hand over more than 700 pounds of weapons-grade plutonium and a large amount of highly-enriched uranium that is estimated at 450 pounds, the New York Times reports. American officials have been quietly pressing Japan to turn over the material, which is reportedly protected insufficiently, and the country has more than nine tons of plutonium stored at various locations throughout the country.

Some right-wing politicians in Japan see the stockpile as a deterrent, arguing that if the world knows Japan has the ability to turn nuclear material into weapons it is less likely to be attacked. Obama’s initiative has focused on securing nuclear material and pushing countries to harden their security to prevent it from falling into the hands of terrorists, and the Obama administration is hailing Japan’s decision to hand over its material as a success.

“This is the biggest commitment to remove fissile materials in the history of the summit process that President Obama launched,” Elizabeth Sherwood-Randall of the National Security Council told the Times. “It is a demonstration of Japan’s shared leadership on nonproliferation.” 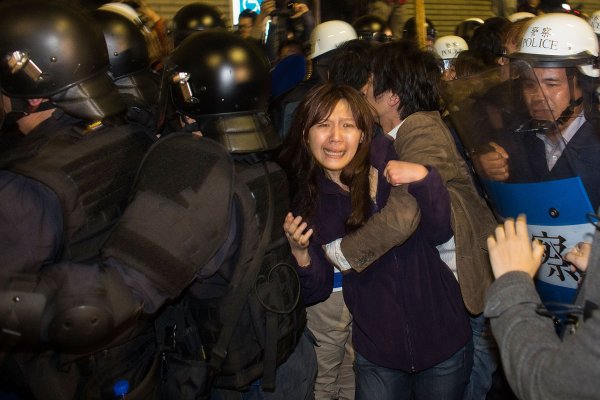 Taiwanese Protesters Cleared From Government HQ
Next Up: Editor's Pick