A protestor holds up a sign outside the Metropolitan Opera at Lincoln Center on opening night of the opera, "The Death of Klinghoffer" on October 20, 2014 in New York City. The opera, by John Adams, depicts the death of Leon Klinghoffer, a Jewish cruise passenger from New York, who was killed and dumped overboard during a 1985 hijacking of an Italian cruise ship by Palestinian terrorists.
Bryan Thomas—Getty Images
By Laura Stampler

The Metropolitan Opera House’s opening night of 1991 opera The Death of Klinghoffer received a standing ovation in New York City Monday. But the noise made by crowds outside of Lincoln Center before the curtain rose may have rivaled the cheers inside the opera house.

Hundreds of protesters, including former New York City Mayor Rudy Giuliani, railed against the John Adams opera about the 1985 murder of disabled cruise passenger Leon Klinghoffer by four members of the Palestinian Liberation Front, on charges that it is anti-Semitic and glorifies terrorists who shot a 69-year-old Jewish man in his wheelchair and then pushed him overboard.

“If you listen, you will see that the emotional context of the opera truly romanticizes terrorism,” Giuliani told crowds across the street from Lincoln Center. “And romanticizing terrorism has only made it a greater threat.”

The Met disagreed that the opera, which premiered in Brussels more than 20 years ago, glorifies terrorism.

“There’s no doubt for anyone who sees this opera that… it’s not anti-Semitic,” Peter Gelb, the Met’s general manager, told the BBC. “It does not glorify terrorism in any way. It is a brilliant work of art that must be performed… At the end of the day, anyone with any sense of moral understanding knows this opera is about the murder of an innocent man.”

The AP reports that there were a some orchestrated disruptions, including shouts of, “The murder of Klinghoffer will never be forgotten!” from the balcony, during the show, though the heckling was muffled by cheers when the cast took a bow. 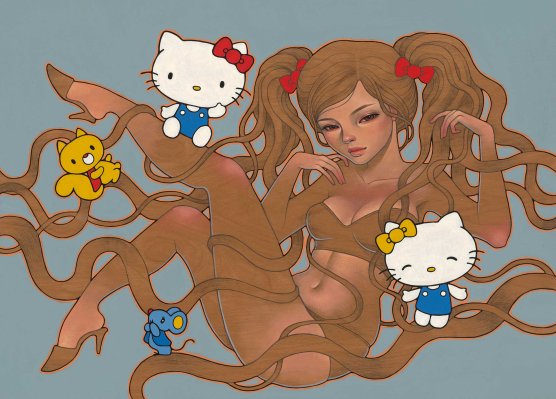 Hello Kitty Exhibit to Open in L.A.
Next Up: Editor's Pick