A Missouri state senator was arrested during a protest in Ferguson Monday night following the continued outrage over a white officer’s shooting of an unarmed black teen in August.

State Senator Jamilah Nasheed, who represents sections of St. Louis, can be seen leading a protest chant in footage aired on local news channel KSDK, Reuters reports. “No Justice,” she yells in the video. The crowd replies, “No peace.”

On Aug. 9, police officer Darren Wilson shot multiple times and killed 18-year-old Michael Brown. The town has been on edge with near-daily protests since news first broke, but tensions have run especially high in recent days as a grand jury weighs whether to indict Wilson. 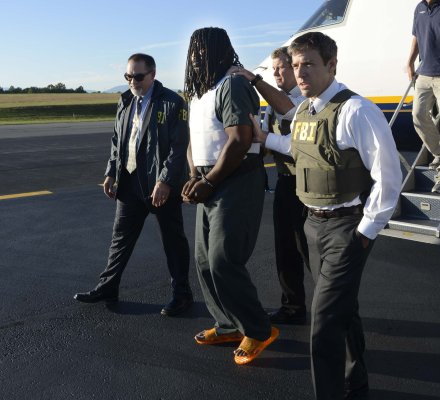