Apple on Monday reported a 12.7% bump in fourth-quarter profit, sending shares up nearly 1% in after-hours trading to just above the $100 mark. Here are the most important points from the tech giant’s latest earnings report.

What you need to know: Apple crushed analyst predictions by posting sales of $42.1 billion in the fourth quarter, which was more than a 12% increase over the same period last year. The company reported $8.5 billion in profits, or $1.43 per share, which is an improvement of $1 billion year-over-year. Fortune’s Philip Elmer-DeWitt recently polled a few dozen analysts for their Apple quarterly predictions and every last one said to expect a record quarter for the company, including average sales and earnings bumps of at least 7.1% and 11.9%, respectively.

In July, Apple’s revenues grew by 6%, but came in just below analysts’ expectations despite a 12.6% bump in Q3 iPhone sales.

The big number: Apple said it sold 39.3 million iPhones during the fourth quarter, which beat analysts’ estimates and represents an 11.6% increase over the 35.2 million sold during the same quarter last year. The fourth quarter included September’s unveiling of Apple’s new iPhone 6 and iPhone 6 Plus and the company said in a press release announcing the fourth-quarter results that strong iPhone and Mac sales helped drive a record month of September.

Mac sales jumped 25% year-over-year, to 5.5 million, while iPad sales declined for the third quarter in a row. Apple, which just revealed its new iPad Air 2 last week at a product-launch event, said Monday that its iPad sales were down more than 7%, to 12.3 million, in the fourth quarter.

What you might have missed: Apple’s strong fourth-quarter results came after the company’s mobile-payments system, Apple Pay, went live on Monday along with an update to its mobile operating system, now known as iOS 8.1. The launch came on the heels of Apple announcing it had signed up another 500 banks to support the Apple Pay platform. Apple Pay is expected to compete with PayPal and other online systems. The entire mobile-payments market had more than 11 million users last year and could grow to have more than 36 million users in 2016, according to eMarketer. 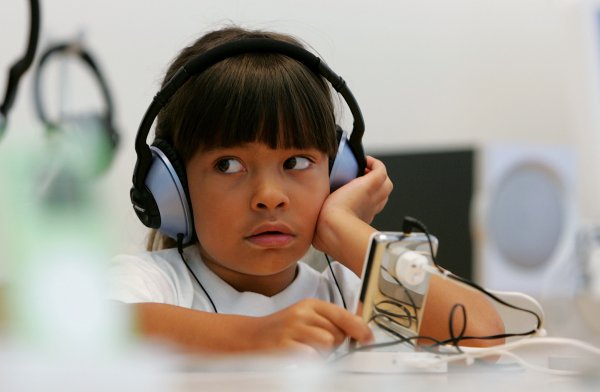