From Russia with love: the previously teased Taylor Swift song “Welcome to New York” was supposed to arrive in full on iTunes at midnight Tuesday, but thanks to time zones, as one astute Tumblr user pointed out, midnight came a little early overseas — and so did the song.

Swift says she named her album 1989 after the year of her birth because she was inspired by the decade’s pop music sounds. It showed on the Jack Antonoff collaboration “Out of the Woods,” but it’s even more obvious on “Welcome to New York,” which finds T-Swift dusting off cheesy synthesizers and a retro drum-machine beat as she sings of self-reinventing in the city that never sleeps. The lyrics are about as earnest as any fresh-off-the-bus New York transplant, but the song’s got enough pep to warm the frigid Grinch heart of at least one jaded New Yorker this season as they trek through snow and trash in search of a peppermint latte.

More importantly, “Welcome to New York” is the first 1989 track we’ve heard that features Swift doing something other than repeating the words of the title over and over again in the chorus. 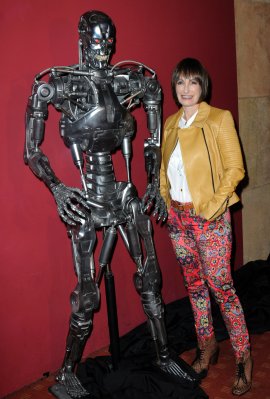 Zombies, Aliens and Robots: The ‘Walking Dead’ Producer on Her Greatest Hits
Next Up: Editor's Pick