Why Ebola Isn't Really a Threat to the U.S.

Members of Bellevue Hospital staff wear protective clothing as they demonstrate how they would receive a suspected Ebola patient on Oct. 8, 2014 in New York City.
Spencer Platt—Getty Images
By Bryan Walsh

Give us this—when Americans overreact, we do it all the way. Over the past week, in response to fears of Ebola, parents in Mississippi pulled their children out of a middle school after finding out that its principal had traveled to Zambia—a nation that is in Africa, but one that hasn’t recorded a single Ebola case. A college sent rejection notices to some applicants from Nigeria because the school wouldn’t accept “international students from countries with confirmed Ebola cases”—even though Nigeria has had less than 20 confirmed cases and the outbreak is effectively over.

The American public is following its leaders, who’ve come down with a bad case of Ebola hysteria. That’s how you get even-tempered politicians like New York Governor Andrew Cuomo musing that the U.S. should “seriously consider” a travel ban on West African countries hit by Ebola, while some of his less restrained colleagues raise the incredibly far-fetched possibility of a terrorist group intentionally sending Ebola-infected refugees into the U.S. It’s little surprise that a Washington Post/ABC News poll found that two-thirds of Americans are concerned about an Ebola outbreak in the U.S.

They shouldn’t be—and two events that happened on Monday show why. WHO officials declared Nigeria officially “Ebola-free.” And in Dallas, the first wave of people being monitored because they had direct contact with Thomas Eric Duncan, the first Ebola patient diagnosed in the U.S., were declared free of the diseases.

Nigeria matters because the nation’s is Africa’s most populous, with 160 million people. Its main city, Lagos, is a sprawling, densely populated metropolis of more than 20 million. Nigeria’s public health system is far from the best in the world. Epidemiologists have nightmares about Ebola spreading unchecked in a city like Lagos, where there’s enough human tinder to burn indefinitely.

Yet after a few cases connected to Sawyer, Nigeria managed to stop Ebola’s spread thanks to solid preparation before the first case, a quick move to declare an emergency, and good management of public anxiety. A country with a per-capita GDP of $2,700—19 times less than the U.S.—proved it could handle Ebola. As Dr. Faisal Shuaib of Nigeria’s Ebola Emergency Operation Center told TIME: “There is no alternative to preparedness.”

But Nigeria’s success was also a reminder of this basic fact: If caught in time, Ebola is not that difficult to control, largely because it remains very difficult to transmit outside a hospital. For all the panic in the U.S. over Ebola, there has yet to be a case transmitted in the community. The fact that two health workers who cared for Duncan contracted the disease demonstrates that something was wrong with the treatment protocol put out by the Centers for Disease Control and Prevention (CDC)—something CDC Director Dr. Tom Frieden has essentially admitted—and may indicate that the way an Ebola patient is cared for in a developed world hospital may actually put doctors and nurses at greater risk.

“You do things that are much more aggressive with patients: intubation, hemodialysis,” National Institute of Allergy and Infectious Diseases head Dr. Anthony Fauci said on CBS’s Face the Nation on Sunday. “The exposure level is a bit different, particularly because you’re keeping patients alive longer.” But now that U.S. health officials understand that additional threat, there should be less risk of further infection from the two nurses who contracted Ebola from Duncan—both of whom are being treated in specialized hospitals.

Even the risk of another Duncan doesn’t seem high. For all the demand to ban commercial travel to and from Ebola-hit West Africa, this region is barely connected to the U.S. in any case. Only about 150 people from that area of Africa come to the U.S. every day—less than a single full Boeing 757—and many airlines have already stopped flying. But there have been relatively few spillover cases even in African countries that are much more closer and more connected to Guinea, Sierra Leone and Liberia. Besides Nigeria, only Senegal has had cases connected to the West African outbreak—and that nation was declared Ebola-free today as well. (There have been cases in the Democratic Republic of Congo, but that’s considered a separate outbreak.) The worst Ebola outbreak ever is raging in three very poor nations—but it seems unable to establish itself anywhere else.

None of this is to deny the scale of the challenge facing Guinea, Sierra Leone and Liberia, where the Ebola has fully taken hold and the disease is still outpacing our efforts to stop it. But West Africa is where our fear and our efforts should be focused—not at home, where Ebola is one thing most of us really don’t have to worry about. 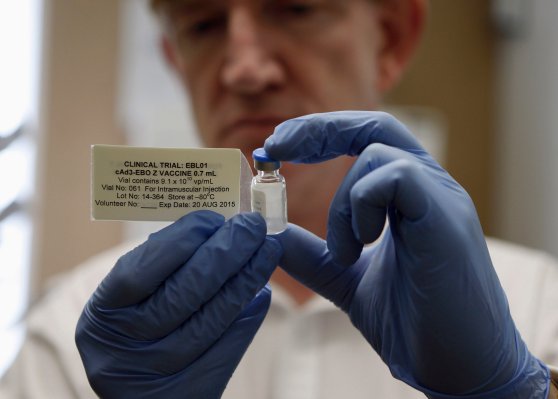 Ebola Vaccine Tests May Be Soon
Next Up: Editor's Pick