Corporate Egg Freezing Is a Benefit, Not a Mandate

In this photo illustration an Apple iPad displays it's home screen on August 6, 2014 in London, England.
Peter Macdiarmid—Getty Images
Ideas
By Darlena Cunha

Can everyone ease up on Apple and Facebook already?

Last week’s news that the two tech giants now pay for female employees to freeze their eggs prompted many to say that the program could make women feel as if they have to put their child bearing off until it’s convenient for the companies, forcing women to have their lives “in the right order.” These critics say that if women ignore the egg freezing option and choose to have babies in their 20s or early 30s, they may be indirectly penalized.

I could see reason to protest if Apple and Facebook had replaced their extremely generous (by U.S. standards) maternity and paternity leaves, “baby cash” or adoption and other infertility coverage with their new policy. But they haven’t. This benefit will be provided in addition to the family-oriented programs already in place. It’s a boon for the companies, yes, but also for the women working within them.

It can be incredibly hard to juggle the demands of a job in the technical field and the demands of a toddler. More than 50% of women in tech leave their jobs midway through their career. In an unrelated survey of 716 women who left the tech field never to return, two-thirds cited motherhood as a deciding factor. And now companies are responding in kind. Knowing that infertility issues can increase as maternal age increase, the corporations have decided to fund child-planning programs that speak to a population in their buildings. They’re not telling women they can’t have families while working; they’re offering help to women who have come to the decision not to have families at a young age to begin with.

Let’s not forget that women have free will. They do what they want. Many working in the tech field have toiled for decades to perfect their resume in the competitive landscape. Many simply don’t want to have a family at a young age. By acting like offering egg freezing forces the hand of women in tech to delay families before it has been proven to do so, we are forgetting the many women who are playing that hand of their own volition. We are telling them they must want to delay childbearing only because their work is giving them those cues. We are acting like all women not only want a family, but want one in their 20s. Because biology. Or women-folk. Or something.

For parents, daycare costs, health emergencies, simple lack of sleep and feeling spread too thin are par for the hectic course. Yes, businesses don’t want to have to deal with that, but did anyone pause to think that maybe the women (and possibly men) in the field don’t want to deal with that either? I wonder again, how is giving women the choice a bad thing?

According to the Pew Research Center, in 2008 18% of women remained childless into their 40s. By the time a woman reaches her early 40s, likelihood of pregnancy naturally falls to just 5%, and infertility treatments are costly and not always covered by insurance.

It’s important to mention that Apple and other tech companies already offer help for family planning, including adoption and infertility coverage. In that light, this new policy isn’t much different in kind, and really just an extension of care already being provided.

Egg freezing isn’t the one-and-only, all-inclusive solution to tech’s lack-of-women problem, but it is an olive branch for women struggling to keep their footing in a career filled, so far, with men, whose family responsibilities, even in this day and age, are still viewed as less of a problem than women’s. We may not have won the war yet, but we shouldn’t complain about winning a battle.

Darlena Cunha is a Florida-based contributor to The Washington Post and TIME among dozens of other publications. You can find her on Twitter @parentwin or on her blog at http://parentwin.com. 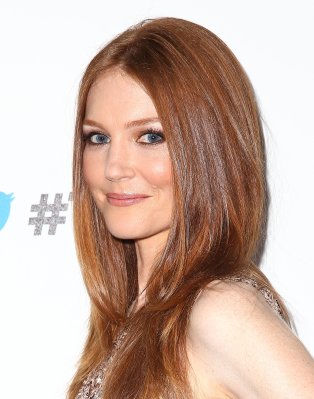 Darby Stanchfield on "Scandal" and Women's Limitations in Hollywood
Next Up: Editor's Pick