Supreme Court to Decide Whether Felons Can Sell Their Guns

The Supreme Court said Monday that it would decide the case of a convicted felon who attempted to sell his guns or transfer ownership to his wife after he was forced to relinquish them under federal law.

Tony Henderson is a former U.S. Border Patrol Agent who was convicted of felony drug offenses and served six months in prison in 2007. When he was arrested, he gave the FBI his 19 firearms, because felons are not allowed to own weapons. He later attempted to transfer ownership of the guns to his wife or sell them to a third party, which prompted a legal debate as to whether convicted felons relinquish all ownership rights when they turn over their weapons.

A federal judge refused Henderson’s request to transfer ownership, as did an appeals court, which led him to take the case to the Supreme court.

Henderson’s attorney told Reuters that if he doesn’t get the appeal overturned, it would “effectively strip gun owners of their entire ownership interest in significant, lawful household assets following a conviction for an unrelated offense.”

U.S. Solicitor General Donald Verrilli, who will argue the government’s case in front of the Supreme Court, says that allowing a felon to sell or transfer ownership of their guns presents a “significant risk” that he or she could still have access to them. 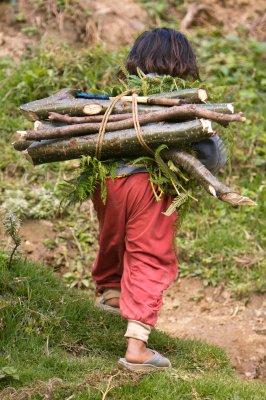 Millions of Kids Face Work Danger
Next Up: Editor's Pick