If Republicans retake the Senate next month, they’ll have done it with a lot of help from Mitt Romney.

The former GOP presidential nominee’s digital operation may have been a generation behind President Barack Obama’s effort, but his email list has proven to be a potent fundraising too for the party as it looks for victory this fall. “It’s easily our most successful digital fundraising source,” said Matt Lira. executive director of the Senate Republicans’ campaign arm. “As far as our fundraising is concerned, there’s the Romney list and there’s everything else.”

Maintained in a nondescript office overlooking the Potomac River in Alexandria by his former digital consulting firm Targeted Victory, the list is one of the Republican Party’s most valuable assets, containing millions of email addresses and records of more than 1.5 million digital donors to that campaign. “This is the largest donor base in the history of politics on the right,” said Zac Moffatt, a co-founder of the firm and the former Romney campaign’s digital director.

Moffatt’s firm maintains day-to-day control of the list and takes a cut of the fundraising proceeds and list maintenance fees, according to people familiar with the arrangement. The firm, which has been paid millions by the NRSC for its digital fundraising work, transferred more than $100,000 into Romney’s campaign account in June for the rights to use the list.

“Governor Romney is excited that Republican candidates and committees are making use of the Romney for President email list for fundraising and [get-out-the-vote purposes this cycle,” said Romney aide Kelli Harrison. “Hopefully access to this tool will make a difference in races all across the country.”

The value is clear, Lira said. “It’s the largest list of people who are predisposed to donate, predisposed to volunteer, predisposed to vote Republican,” he said. “The Romney donor base is broader, compared to some more ideological lists.” When donors give through the Romney list, it both freshens the underlying list and provides the NRSC with a new contact for its internal lists.

Renters have the option of reaching out to the entire universe of donors, or just segments, like those who purchased merchandise or participated in contests on the Romney campaign, in hopes of generating greater return on investment.

In 2012, the Romney campaign, flush with cash, rented almost every GOP email list available so it could build its own list of contacts and donors, making it the most comprehensive collection of GOP emails, outstripping even the Republican National Committee according to industry sources.

“Email is king to online fundraising,” said Vincent Harris, whose firm Harris Media works for clients like Republican Sens. Ted Cruz and Mitch McConnell. He added the Targeted Victory arrangement “brings about a big point that candidates don’t think of: who owns their data?”

Lira declined to say how much the NRSC has raised off the Romney list; the committee has been massively outraised by its Democratic counterpart.

The Romney approach differs from that used by Obama, whose campaign also maintains control of the his small-dollar donor and volunteer lists for the use of Organizing for Action, the nonprofit issue advocacy group he has thrown his name behind. Obama transferred his data and other lists to the Democratic National Committee.

While the Romney list remains fresh, don’t look to it as evidence that the two-time White House hopeful will make a third bid. The list has also been used by potential 2016 candidates like Marco Rubio, Paul Ryan, and Rick Perry. 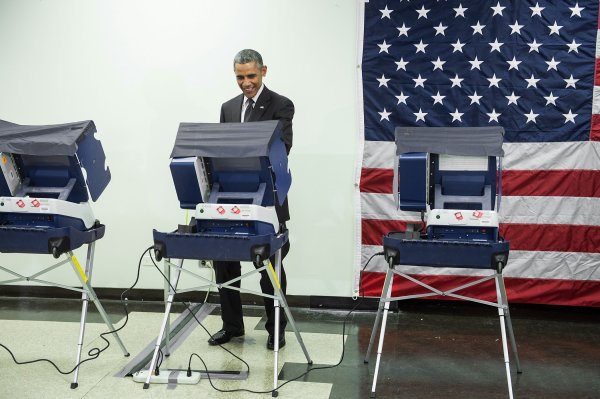