Beyoncé Giselle Knowles-Carter is an extremely famous pop singer known for quality vocals and sexy radio singles. She is married to Shaun Corey “Jay-Z” Carter, and they have a lovely daughter named Blue Ivy. Beyoncé has won 17 Grammys and is Time’s Most Influential Person, and oh, she went out a few days ago with a new hairstyle and nearly broke the Internet.

Reporters and commenters alike felt the need to say something about Beyoncé’s hairstyle, which appeared to be a wig with short, choppy bangs. Everyone with an Internet connection was invited to Weigh In: Love It or Leave It! And the general consensus was negative.

I know it’s rough to devote a page of writing to how much I don’t want to talk about something, but I got tired of shrugging it off when people asked and would like to go on record with my reasons why.

I’ve already written a call to not discuss her daughter’s hair, and this one goes out to Queen Bey herself. I feel sort of silly, like I’m shaking a proverbial angry fist at the sky; this type of non-event is the perfect conflagration of celebrity worship and pop culture phenomenon that really irks me, but becomes more common each day in our Join The Conversation culture.

These days, it seems as though no “conversation” is deemed too trifling, and though slow news days have been around as long as reporting the news has, social media can make a frenzy out of a single picture. And since you know I keep it real with you, dear readers, I will now acknowledge that here at xoJane we share about all sorts of things at all levels of relative importance. We cover many bases. But the endless reportage of Beyoncé and The Day She Banged is something else.

At best, it’s continued commodification of this woman as a product that exists either for our consumption or our scrutiny, and at worst it’s just plain mean. So many people were slinging insults and creating rude memes, and even the ones that weren’t directly cruel felt the need to “report” on Beyoncé’s Bangs: The Happening.

Real talk: I don’t think that’s the most flattering hairstyle I’ve seen Mrs. Knowles-Carter rock. And she’s also probably changed it already. And it also doesn’t matter at all what I, or anyone else looking at a picture of her on the internet thinks of Beyoncé’s hair. While this is not strictly a racial issue, the politicization of black women’s hair is a reality, with #TeamNatural in one corner and certain relaxed and visibly Anglicized styles in another and all sorts of questions and assumptions about our identity weighing heavily in the center of the ring.

Overall, female celebrities and women in media are also picked apart with alarming regularity. I won’t name names, but there are more than a handful of male celebrities who are allowed to roam freely looking every level of disheveled or trying out a new ‘do without inspiring Internet memes and hashtags. There are also other women in the industry who don’t get the kind of head-to-toe scrutiny that Beyoncé gets.

The other thing that has me miffed about the Incident On Beyoncé’s Forehead is that she was photographed on vacation with her family. Beyoncé’s job description is not “24-hour hair model.” She is a stellar entertainer and a pop star, and goddamnit she was off the clock. Celebrities do not exist solely for public consumption.

Had Beyoncé gotten on stage at the Superbowl half time show or opened her recent arena tour On The Run with this hairstyle, we might be having a different conversation. She may not be an accountant, but work is work and if your job is to entertain and something gets in the way of that, even just by pulling focus or being a distraction, that bears mentioning and possible critique.

Former Fox Sports lead sideline reporter Pam Oliver was the subject of intense criticism because her hair generally looked quite unkempt and literally got in the way, blowing all over in sometimes inclement weather conditions. She was called all manner of terribly insulting names on social media and compared to animals and such, and at the time, I made a few comments saying I wished she worked with different styles so that her hair wasn’t such a distraction. Some people on social media were upset with me, questioning how I could “attack” a fellow black woman, especially over her hair.

I would never call her ugly or any of those things, but she was at work when we saw her on television; I wasn’t commenting on candids or random paparazzi photos. Her job was as a television reporter, and her unflattering hair was stealing every shot she was in and undermining her expertise and decades of experience in her position. I wished that she could find the most flattering style for her face that also worked for her job, a basic standard that I could apply to almost anyone.

Being “camera-ready” is a job requirement for a television reporter, not a life requirement for Beyoncé’s trip to France. Still, she knows she’s heavily photographed whenever she’s in public. By all appearances, Beyoncé embraces or at least manages her role as an international celebrity, including awareness of paparazzi and that so many people care how she looks. All the time.

So I believe that if she went out on the town with her family during a vacation, she probably felt fine with the way she looked. That’s good enough for me.

By the way, Beyoncé is routinely attacked by certain news outlets and has been called a “whore” for things she does while on the clock; entertaining huge audiences and doing it well. She’s repeatedly been the subject of author and feminist scholar bell hooks’ scathing criticism of her “faux” feminism. She’s had to endure insults to her daughter’s looks on a national platform. If we must keep her name in our mouths and devote endless bandwidth to mentioning her, I think it’d be cool to recognize her achievements in her field, salute her owning her sexuality and being vocal about feminism, acknowledge her as her own woman who does not belong to us, who is also a wife and mother… pretty much anything but analyze that bang.

Some people told me, in the course of recommending that I locate some chill on this topic, that the issue is that Beyoncé usually looks so good that it’s a big news story that her bangs looked so… you know what? I’m not even going to finish that sentence. We’ve all got other things to talk about.

Pia Glenn is an actress and writer. 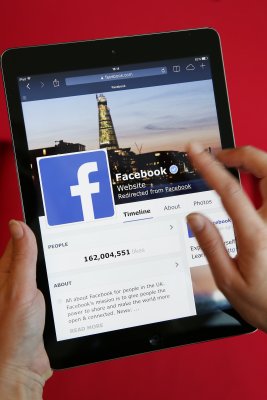 Corporate Egg Freezing Is a Benefit, Not a Mandate
Next Up: Editor's Pick