Why Turkey Changed Course on Kobani

Smoke rises from the Syrian town of Kobani on Oct. 19, 2014.
Bulent Kilic—AFP/Getty Images
By Naina Bajekal

Turkey’s announcement on Monday that it will help Iraqi Kurdish fighters cross its border to fight jihadists from the Islamic State of Iraq and Greater Syria (ISIS) appeared to signal a major shift in Ankara’s attitude towards the fight against ISIS. Until then, Turkey had refused to allow Iraqi Kurdish forces to travel across its border to join the fight taking place in the besieged town of Kobani, just a few kilometers to the south. It has now dipped its toe, albeit indirectly, into the battle – and analysts believe pressure from the United States is likely behind the move.

“Turkey has been resisting pressure to cooperate more closely with the U.S.-led coalition, but at the end of the day, the realities do assert themselves,” says Fadi Hakura, head of the Turkey project at London think-tank Chatham House. Turkey’s reluctance to assist Kurdish fighters in the battle in Kobani – which has been going on for over a month – is rooted in its fraught relationship with the country’s own Kurdish political movement. The Kurdish Worker’s Party (PKK), designated a terrorist organization by the U.S., NATO and the European Union, waged a 30-year campaign against the Turkish state to try to secure political rights and self-determination for Kurds in Turkey. Ankara’s view is that the Syrian Kurds fighting ISIS across the border under the banner of the Democratic Union Party (PYD) are little more than an extension of the PKK. Turkish President Recep Tayyip Erdogan was quoted on Sunday as saying “the PYD is for us, equal to the PKK. It is a terror organization.” Hakura says close links between the two groups help explain Ankara’s refusal to help Syrian Kurds push back ISIS advances, since Turkey fears the potential creation of a powerful Kurdish fighting force that would straddle the Turkish-Syrian border.

Though a peace process between Turkey and the PKK began to develop in 2013, it has come increasingly under threat in recent weeks. Hakura says one major reason for Turkey’s “abrupt reversal” to allow fighters into Kobani is that “the Turkish government does not want its peace negotiations with the PKK to falter due to the developments in Kobani.” But Aaron Stein, associate fellow at London’s Royal United Services Institute for Defence and Security Studies, says that Turkey’s announcement on Monday should not be seen as a change in policy at all, since Foreign Minister Mevlut Cavusoglu reiterated the apparent threat the PYD poses to the region. He said that like ISIS, the PYD “aim to have control over a certain part of Syria” and as long as it holds these ambitions, Turkey would not support them.

“This recent decision is more an outcome of Turkish isolation, rather than Turkish inclusion,” says Stein, who believes Turkey was “terrified” of international isolation and “left with no choice” by the actions of the U.S.-led coalition. Turkey had opposed U.S. arms transfers to Kurdish fighters in Kobani, but the U.S. went ahead on Sunday night and air-dropped weapons and ammunition to soldiers in the area. According to Stein, “the U.S. is now firmly driving this aspect of policy. Whether you agree with the policy or not, we’re seeing definitive outcomes” of the continued air strikes and the overnight air drops, which seem to have pushed ISIS onto the defensive. Hakura also highlighted the impact of mounting pressure on Turkey, saying that since Turkey is a member of NATO and the U.S. is its main source of arms, it could no longer try to block U.S. plans in Syria and Iraq. As the U.S. began to coordinate more closely with the Syrian PYD fighters on the ground, “Turkey felt a strong desire to intervene to balance the dynamics and not be isolated.”

The strategic impact of Turkey’s decision remains to be seen, since it is not yet clear how many Iraqi Kurdish fighters will end up crossing the border to help the fight in Kobani. In any case, officials say the ultimate outcome of the besieged town is unlikely to change the course of what will be a long, protracted war against ISIS, with U.S. Secretary of State John Kerry stating on Oct. 12, “Kobani does not define the strategy of the coalition.” But as Hakura points out “the fall of Kobani could be seen as a psychological setback” for those who have been fighting ISIS in past weeks. And as the U.S.-led coalition has no doubt been hoping, Turkey’s new position may well make it easier to secure Kobani, a town which holds – at the very least – considerable symbolic value in the fight against ISIS.

Read next: Turkey Will Help Iraqi Kurds Join Fight Against ISIS in Syria 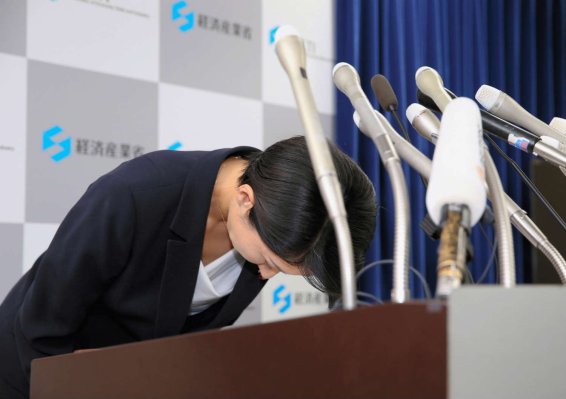 Resignation of Two Ministers Spells Trouble for Japan's Premier
Next Up: Editor's Pick