No, you're not hallucinating, that really is a Walter White doll.
Ideas
By Jeffrey Kluger
Jeffrey Kluger is Editor at Large for TIME magazine and the author of ten books, including Apollo 13, Apollo 8 and two novels for young adults. He has written more than 40 cover stories for TIME on topics ranging from space to human behavior to climate to medicine. Along with others at TIME, Kluger is an Emmy nominee for the web series A Year in Space.

Human history is often defined by its very worst pitch meetings. Take the one in 1812, when one of Napoleon’s generals told the Great Emperor, “I’ve got an idea. Let’s invade Russia—in the winter!” Or the one in 1985, when the anonymous product developer at Coca-Cola said, “How ’bout we take a product everyone loves, quit making it and replace it with a different formulation no one is asking for! What could go wrong?”

So too it must have gone in the executive suites of Toys R Us, when someone made the compelling case for stocking a brand-new line of action figures based on the wildly successful Breaking Bad series. After all, nothing quite says holiday shopping like a bendable, fully costumed figurine of Walter White—the murderous chemistry teacher turned crystal meth manufacturer—and Jesse Pinkman, his former student and current bag man. And you want accessories? We’ve got accessories—including a duffle bag stuffed with imaginary cash and a plastic bag of, yes, faux crystal meth for White. Pinkman comes with a gas mask, because the folks at Toys R Us are not the kind to forget about corporate responsibility. If your kids are going to grow up to run a meth lab, it’s never too early to teach them basic safety.

It might not surprise you to learn that Toys R Us has faced a teensy bit of blowback from this curious marketing decision. Florida mom Susan Schrivjer has posted a petition on Change.org that has just exceeded 2,000 signatures, demanding that the company pull the products. She also appeared on The Today Show to make her case more publicly.

“Anything to do with drugs is not doing the right thing,” she said. “I just think they need to look at their vision and values as they call them.”

The part that’s more surprising—but sadly only a little—is that even after being called on its appalling lack of judgment, Toys R Us has not responded with the quickest, loudest, most abject oops in corporate history. Instead, it is standing its ground. Why? Because the dolls are sold only in the “adult section” of the store, of course—the ones intended for shoppers 15 and up.

OK, let’s start with the fact that Toys R Us has an adult section at all—something I never knew and I suspect many other parents didn’t either. So what will they stock there next? A line of Toys R Us hard cider? Toys R Us adult literature? A Toys R Us edition of Fifty Shades of Gray—which is really OK because hey, it actually comes with a set of 50 gray crayons? If an adult section must exist at all, at what point does full disclosure require the company to rebrand itself “Toys as Well as Other Things Not Remotely Appropriate For Children But Don’t Worry Because We Keep Them in a Separate Section, R Us”?

More important, let’s look at above-15 as the dividing line for the adult section—a distinction that makes perfect sense because if there’s anything 15 year olds are known for, it’s their solid judgment, their awareness of consequences, their exceptional impulse control and their utter imperviousness to the siren song of drugs and alcohol. Oh, and they never, ever emulate bad role models they encounter on TV, in the movies or among their peers. What’s more, kids below the age of 15 never, ever run wild in a sensory theme park like a big box toy store, finding themselves in departments not meant for them and seeing products they shouldn’t see. Toys R Us, you’ve thought this one out to the last detail!

What the company’s consumer researchers probably know and if they don’t they ought to, is that the brain’s frontal lobes—where higher order executive functions live—aren’t even fully myelinated until we reach our late 20s, which is why young people can be so spectacularly reckless, why soldiers and political firebrands tend to be young and why judges, heads of state and clerical leaders tend to be old. The adult fan of Breaking Bad might actually enjoy the new toys as collectors items–something to be bought or given as a gift with a little twinkle of irony, a this-is-so-wrong-it’s-right sort of thing. But that kind of nuance isn’t remotely within a child’s visible spectrum.

Really, Toys R Us, there is absolutely no surviving this one. Back up the truck, pack up the toys and send them to a landfill. And if you’re even thinking about following this one up with a Boardwalk Empire board game complete with a Nucky Thompson plush toy, stop now. Or at the very least, invite me to the pitch meeting. 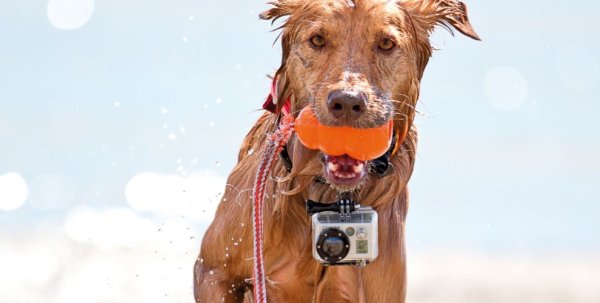 Stunning Photos Taken by Animals Equipped With Cameras
Next Up: Editor's Pick