Robin May Be a Woman in the Batman v Superman Movie

As if Batman v Superman: Dawn of Justice wasn’t already packed with superheroes (Batman, Superman and Wonder Woman, to name a few), NBC is reporting that Robin will also be in the film—and she will be played by Jena Malone.

Yep, that’s right: Robin’s a she. An extra anonymously told NBC news affiliate WILX-10 that the Hunger Games: Catching Fire actress is filming scenes this week with Ben Affleck, who plays Batman, and Jesse Eisenberg, who plays Lex Luthor. This could explain why Malone has lately been sporting red hair. Two weeks ago, the actress Instagrammed a pic of her new fiery locks with the caption, “Drastic times call for drastic measures.”

Making Robin a woman, though, isn’t all that drastic. Zack Snyder’s Batman v. Superman movie is reportedly based largely on Frank Miller’s comic The Dark Knight Returns, in which Batman’s sidekick is a woman named Carrie Kelley. In the comics, Kelley—obsessed with the Dark Knight—saves him from some bad guys in order to win his trust and become the new Robin.

This information comes to you at a potentially high price: The extra who leaked the news could be fined a staggering $5 million after signing a non-disclosure agreement to Warner Bros. 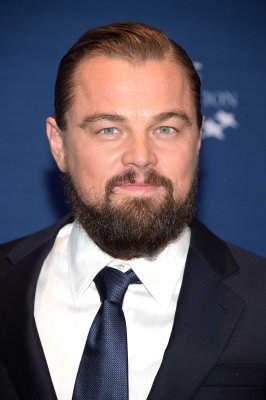 Leo DiCaprio Teams With Netflix on New Documentary
Next Up: Editor's Pick