A South Korean farmer is silhouetted as he sits on a sack of rice on Friday, Oct. 10, 2014.
SeongJoon Cho—Bloomberg/Getty Images
By Charlie Campbell

Moreover, the rights group says that the Seoul government is directly complicit in ongoing abuses through its Employment Permit System (EPS), which involves some 20,000 migrant agricultural workers from poorer nations such as Nepal, Cambodia and Vietnam.

“The exploitation of migrant farm workers in South Korea is a stain on the country,” said Norma Kang Muico, Asia-Pacific migrant-rights researcher at Amnesty International, in a statement, decrying a “shameful system that allows trafficking for exploitation and forced labor to flourish.”

Many migrant laborers build up enormous debts equivalent to two years’ salary in order to be included in the EPS scheme, according to Amnesty’s Bitter Harvest report, which is based on dozens of interviews with migrant workers in 10 different locations across South Korea.

While EPS employers have the right to sack migrants without justification, those employed under the scheme have no right to quit or change jobs without a release form, leaving gaping avenues for exploitation. Migrants who quit without permission are labeled “runaways” and are liable for arrest and summary deportation.

“My boss told me that he will never release me and will use me for three years and not allow me to extend my contract,” a 26-year-old Vietnamese woman, who claimed not to have been paid by her employer, told Amnesty.

Other migrants told of physical abuse. One Cambodian worker described being set upon after he sat down in a field due to a sore back. “The manager became furious and grabbed me by the collar,” he said. “The manager’s younger brother held me by the neck while the manager beat me.”

Many migrants spoke of only being paid for days worked during harvest-time despite signing three-year contracts, leaving them destitute and unable to find alternative employment during the harsh winters.

Amnesty International has urged the South Korean government to ensure reasonable work conditions and allow EPS workers to take up alternative employment while complaints are being investigated, among other reforms.

“If South Koreans were trapped in a similar cycle of abuse, there would rightly be outrage,” adds Muico. 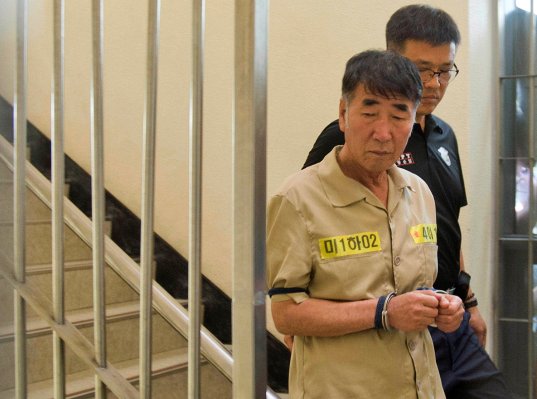