Second U.S. Nurse With Ebola Was 'in No Way Careless' by Flying, Family Says

The family of the second nurse to contract Ebola in the U.S. says she was “in no way” careless in making the decision to fly to Dallas after her exposure to the disease.

Amber Vinson, 29, apparently decided to fly back to Dallas from Cleveland as a precaution, after she heard her colleague Nina Pham had been diagnosed with Ebola.

Both Vinson and Pham had cared for Thomas Eric Duncan, who died of the disease on Oct. 8.

“To be clear, in no way was Amber careless prior to or after her exposure to Mr. Thomas Eric Duncan. She has not and would not knowingly expose herself or anyone else,” Vinson’s family wrote in the statement.

According to the statement, the Centers for Disease Control and Prevention (CDC) had given the green light for Vinson to travel. Her family says she had even asked to stay at the Texas Health Presbyterian Hospital for the remainder of her 21-day monitoring period.

“Suggestions that she ignored any of the physician and government-provided protocols recommended to her are patently untrue and hurtful,” says the statement.

The family insists she followed CDC self-monitoring guidelines correctly and reported her temperature three times before boarding her flight, and each time the CDC cleared her to travel. 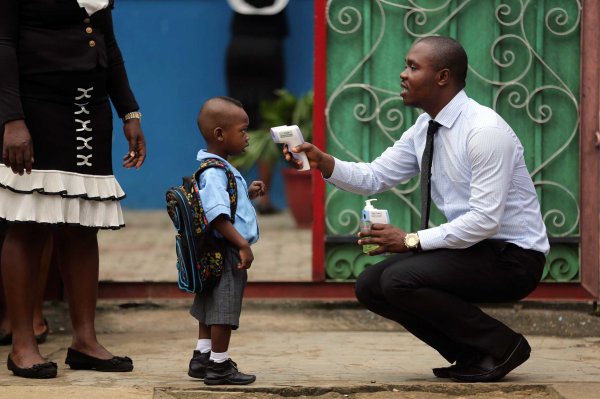 Nigeria Is Ebola-Free: Here's What It Did Right
Next Up: Editor's Pick