Denver Broncos quarterback Peyton Manning celebrates his 509th career touchdown pass with teammates during the first half of an NFL football game against the San Francisco 49ers, Sunday, Oct. 19, 2014, in Denver.
Jack Dempsey—AP
By Rishi Iyengar

If he hadn’t already, Peyton Manning has now well and truly cemented his place in NFL history.

Manning needed three touchdowns to break Favre’s record, and the 38-year-old did so comfortably before quickly being surrounded on the sidelines by his jubilant coach and teammates. Denver went on to win 42-17.

Favre had said before the game that he didn’t “really care” about his record being broken. “And I mean that with no disrespect. I think the world of Peyton. I’m not surprised that he’s going to break it.”

According to USA Today, Manning might cross 600 touchdowns by 2016 if he keeps throwing at his current success rate, and the man whose record he broke seems to agree as well.

Favre’s congratulatory tweet said the achievement was “well deserved,” and ended with a hashtag of encouragement. 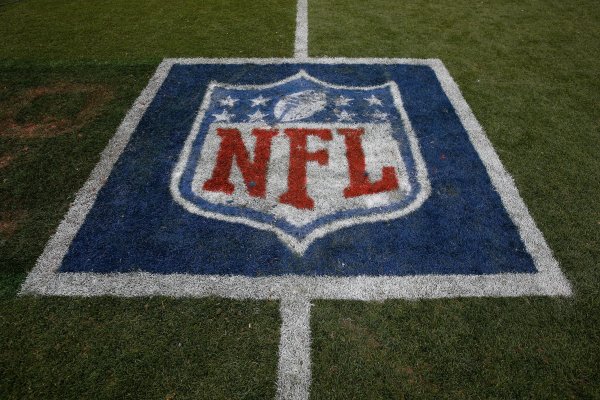 Ex-Wives of NFLers Say League Covered Up Abuse
Next Up: Editor's Pick