Here's How Suspected Ebola Patients Can Be Restricted

About 100 Dallas healthcare workers who treated Thomas Eric Duncan, who died of Ebola Oct. 8, have been asked by the Texas state health agency not to go to public places or travel by plane or bus. The voluntary requirements are designed to halt the disease’s spread, which continue to concern Americans this weekend as a cruise ship quarantined a health worker and an airline attempts to contact passengers who flew with an infected Dallas nurse.

But as health officials try to contain the spread of the disease, the restrictions by federal and state agencies as well as private businesses like cruise lines are increasingly bumping up against civil liberties, raising a number of questions about who can officially order a quarantine and whether someone can be kicked off a plane for having Ebola-like symptoms.

Who can order a quarantine?

State, local and federal authorities can all issue quarantines, which separate and restrict the movement of people who were exposed to a communicable disease. But it’s often state authorities that order them. Those health agencies often have significant powers to issue a quarantine if they suspect someone has come into contact with a disease like Ebola, says Wendy Parmet, a Northeastern University law professor. Texas, for instance, has strong policing powers in the case of a public health emergency to quarantine those the state believes to have come in contact with the disease. For example, the state can destroy property it believes may have come into contact with a contagious disease.

The Centers for Disease Control and Prevention (CDC) also issues quarantines, with its powers deriving from the Public Health Service Act and the Commerce Clause of the U.S. Constitution. But the CDC is generally focused on issues at the border: flights and passenger ships coming into the U.S., for example. But it has jurisdiction over interstate flights as well.

Who can order someone to be isolated?

Local, state and federal agencies can issue an isolation order, which separates people with a contagious disease from those who are not infected.

What do those agencies have to prove to order a quarantine or an isolation?

Health agencies have an epidemiological checklist that helps them determine if someone showing symptoms of a disease is actually carrying it, says Indiana University law professor David Fidler. Those health agencies are generally required to be as unrestrictive as possible when issuing those orders. For example, the CDC can’t order a quarantine for longer than the general incubation period for Ebola, which is normally 21 days. If it does, an individual could theoretically take the health agency to court over the matter.

What happens if someone suspected of Ebola resists a state or federal order?

Because of the substantial powers given to the CDC and state and local health agencies, someone resisting a quarantine or isolation could be made to comply involuntarily. In Texas, it’s a criminal offense to resist a quarantine order.

“Most health agencies would certainly have the authority to send police in moon [hazmat] suits to physically put them somewhere in isolation or back in their house,” says Robert Field, a Drexel University professor of law and health policy.

What if you resist voluntary compliance, like the kind being asked of Dallas’s healthcare workers?

If healthcare workers resist signing the voluntary quarantine or defy its recommendations after agreeing to it, Emory University law professor Polly Price says that it’s likely an official quarantine would be ordered. “They could go and get a court order to formalize it, possibly even after the fact,” Price says. “But they would likely seek a formal quarantine.”

Can the CDC force a state health agency to quarantine someone?

The CDC does not have enforcement over state agencies, but Drexel’s Field says federal authority in those instances is rarely used. “It would be an unusual situation in which the federal government wanted to quarantine someone and a state did not,” he says.

Can you be kicked off a plane for being suspected of having Ebola?

Planes kick people off for all sorts of reasons, including joking about Ebola. So it doesn’t seem terribly far off that airlines could also kick someone off for having Ebola, considering they’re a private business and it wouldn’t be considered a discriminatory practice.

“The Americans With Disabilities Act says you can’t discriminate because of a disability,” says Drexel University’s Field. “But there are exceptions for someone who presents direct threats involving something like an infectious disease. An airline could use that exception to deny someone access to a plane.”

But it’s more likely that the CDC would get involved. Indiana University’s Fidler says that airlines are required to notify the CDC if there’s a sick passenger aboard who may have a contagious disease.

How about a cruise ship?

Cruise ships also appear to be able to temporarily quarantine or isolate a sick passenger or even remove them from a ship, but they would be required to immediately notify the CDC of such an event. Indiana University’s Fidler says it’s likely that a cruise ship would call the CDC for guidance on what to do.

But Peter Jacobson, a University of Michigan professor of health law and policy, says it’s likely that cruise ship passengers sign a contract that gives the captain wide discretion to take action to avoid harm to others on board. 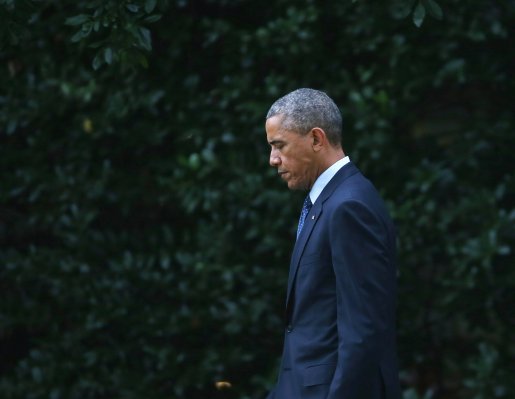