The cover of National Review’s Nov. 3 issue quite literally paints Lena Dunham in unflattering terms — the words “cowardice,” “insularity,” “narcissism,” and “sex” are tattooed on her arm in the photo illustration.

This is not the first time those accusations have been leveled at the 28 year-old writer, director and actress. But Kevin Williamson, author of the cover story, “Pathetic Privilege”, takes a new line of attack with his harsh critique of one chapter of Dunham’s new book, Not That Kind of Girl. He turns Lena Dunham’s story about emotional and physical trauma she experienced after realizing a complicated sexual encounter was, in fact, rape into a story about the trauma the publication of Dunham’s story may present for her accused rapist who was identified in the book by a first name only.

Williamson writes that since Dunham was initially confused about the encounter (she was intoxicated at the time), never “felt the need to press charges, file a complaint, or otherwise document the encounter,” and won’t release the “medical records at Oberlin supporting the story,” her accusations are suspect.

He also calls Dunham’s publication of the story “a gutless and passive-aggressive act.” Dunham identified her rapist as a mustachioed Republican named Barry. Williamson writes, “It takes me about two minutes to discover a Republican named Barry whose time at Oberlin coincided with Dunham’s.”

In a web companion piece, Williamson notes that he contacted that Barry who says he never knew Dunham. And while it was one of the “most unfortunate coincidence of [his] life,” Barry doesn’t think Dunham meant to refer to him. (Williamson also suggests that the incident she describes may be completely fictional and thinks using the name Barry was negligent.)

Dunham is presented as the attacker of this anonymous young man’s reputation by accusing him of a crime. The story, which is accompanied by caricatures of a buck-tooth Dunham as well as a photo of her eating cake, is under a paywall. However, the Washington Post does a pretty good roundup of the most important points in the piece — including 10 references it makes about the women in Dunham’s family’s genitals.

Not everyone shares Williamson’s outrage. Others have suggested that complexity and ambiguity of Dunham’s story is why it resonates so strongly with young women for whom these kinds of experiences may be an unfortunate reality. (Since graduating, Dunham has become a fierce advocate for reform of campus sexual assault policies under which few women have reported rapes on campus.)

READ MORE: Lena Dunham’s Story of Rape Is a Must-Read 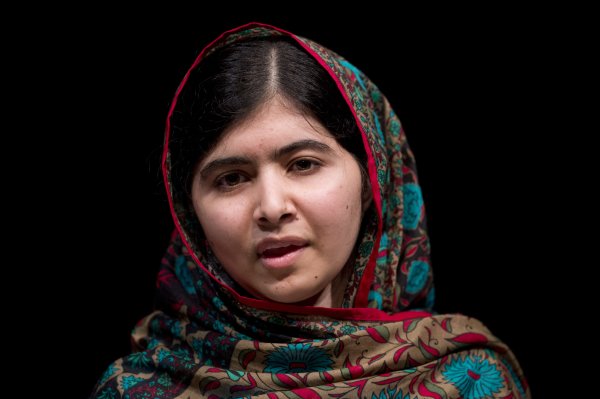 Pakistan Should Embrace Malala
Next Up: Editor's Pick