Traders are seen reflected on an electronic display as they work on the floor of the New York Stock Exchange on October 17, 2014 in New York.
JEWEL SAMAD—AFP/Getty Images
By Fortune / Tom Huddleston, Jr.

After all the upheavals in the stocks this week, the markets closed Friday up sharply to recover some of their recent losses.

Investors were also reassured by positive earnings on Friday from bellwether companies like General Electric and Morgan Stanley. GE’s shares were up 2.8% on strong quarterly results while Morgan Stanley gained 2.4%.

Every company in the Dow 30 was up for the day, led by a 3.3% bump for UnitedHealth Group.

European stocks also showed improvement to end the week with London’s FTSE 100 rising by 1.9% and Germany’s DAX getting a 3.1% boost.

However, despite Friday’s gains, the three major indices all remain down for the week after several days of losses. October has been a rough month for the U.S. markets, which have been hit hard by continuing concerns about economic growth slowing down in Europe and Asia along with fears of the growing global Ebola epidemic. Investors in the U.S. have also shown ongoing concern over the Federal Reserve’s plans to eventually raise interest rates sometime next year.

On Wednesday, for example, the market underwent multiple wild swings throughout trading – during which the Dow fell almost 460 points in one point before recovering somewhat to finish down by just over 170 points. 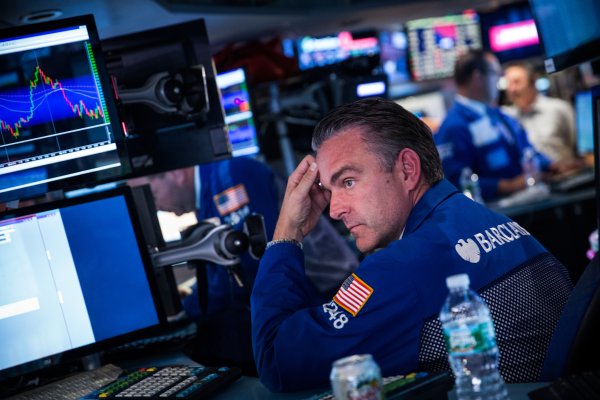 Stocks Ends Week Down Sharply
Next Up: Editor's Pick