Heads Up: Don't Let Soccer Concussions Fly Under the Radar

Thania Navarro—Getty Images
Ideas
By Quinn Cummings
Quinn Cummings is a writer of three books, Notes From the Underwire, The Year of Learning Dangerously and Pet Sounds. Her articles have been published in, among others, The Atlantic, The Wall Street Journal, TIME, The Huffington Post and Good Housekeeping. She is a passionate animal lover, an indifferent housekeeper and would eat her own hand if you put salsa on it.

The human skull is very durable but the brain inside is incredibly fragile–even more so if it’s the developing brain of a child or a teenager. Over the past decade, research has determined that a concussion – the trauma caused when soft, easily damaged brain tissue strikes the unyielding skull – is more dangerous than previously understood, and the effects of this trauma are more pronounced in developing brains. Research has also found that multiple concussions, no matter how small, can lead to lifetime harm. Your child’s brain, any doctor would tell you, should be treated very, very carefully.

The American Youth Soccer Organization (AYSO), however, has their own unique take on safety; from their website, on the page titled “Is Heading Safe“:

AYSO does not recommend heading below the age of ten. Coaches are not encouraged to teach or practice heading at these early ages.

A general rule of thumb to follow is to start teaching heading when a players show an interest, not when the coach thinks it should be taught.

So while AYSO doesn’t recommend coaches to teach the little ones headers, they don’t specifically forbid it. A coach could take this page and decide a 5 year old is ready to start head-butting an 11 to 12 ounce soccer ball into a net 10 feet away because they’re showing interest. And any passionate junior soccer player is practicing their skills at home, adding countless more headers to the ones the coach knows about.

The association is right. Smashing one’s skull against a goal post, the ground or someone else’s head will cause more damage than hitting it against a soccer ball. But a young athlete can go an entire practice, game or even an entire season without hitting his or her head on the ground, a goal post or another skull. In soccer, heading is part of the game. And yes, football and hockey are getting the bulk of the attention right now for causing brain injury, but there is research about the cumulative effects of soccer. There are anecdotes about what a lifetime of playing soccer can do to the brain; there’s less research on what a childhood of heading a ball can do.

The brain is forgiving. It can accommodate certain amounts of trauma, but when children are now on club teams before the age of 10, playing up to nine months each year, and they are heading the ball at practice and during games, that’s a real risk to the child’s developing brain. How real? Doctor’s don’t know.

We also don’t have a good handle on the threshold needed to produce subconcussive trauma, which are blows to the head that don’t produce symptoms but do produce structural changes observable in neuroimaging.

The AYSO might be serenely certain they’re protecting our children and that everything will be fine. Maybe so. But someone should remind them the NFL used to feel that way, too. 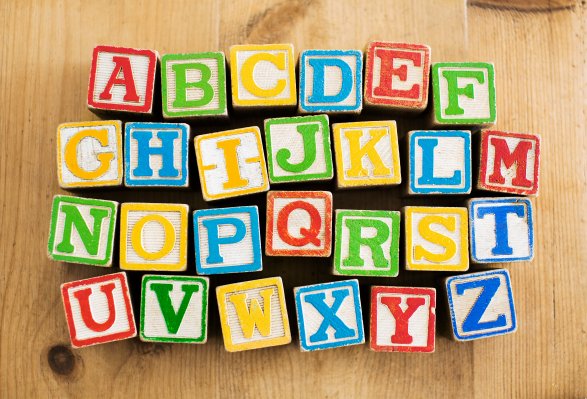 2 Simple Rules for Naming a Successful Product
Next Up: Editor's Pick