President Barack Obama has appointed longtime insider Ron Klain to coordinate the administration’s global response to the Ebola epidemic, a White House official confirmed. The move came just hours after a Texas nurse diagnosed with Ebola after treating a patient with the disease was moved from Dallas to the National Institutes of Health Clinical Center in Bethesda, Maryland.

“The President has asked Ron Klain to take on the task of coordinating his administration’s whole of government Ebola response,” the official said Friday. “He will report directly to the President’s Homeland Security Advisor Lisa Monaco and the President’s National Security Advisor Susan Rice as he ensures that efforts to protect the American people by detecting, isolating and treating Ebola patients in this country are properly integrated but don’t distract from the aggressive commitment to stopping Ebola at the source in West Africa.”

Klain, who served as chief of staff to Vice President Biden and former Vice President Al Gore, helped to oversee the 2009 stimulus bill. He will now be tasked with coordinating both the domestic public health response and the international humanitarian and military efforts to stop the virus in West Africa. Klain will work out of the White House’s West Wing.

“Klain’s role is consistent with the view the President articulated in the Oval Office [Thursday] night that Monaco, Rice and others have done outstanding work in confronting this challenge so far – but given their management of other national and homeland security priorities, additional bandwidth will further enhance the government’s Ebola response,” the White House official said.

Republican lawmakers had been calling on the White House to appoint the so-called “czar” for weeks to lead the Administration’s response. The White House had been cool on the subject until Thursday, when Obama told reporters he was considering making such an appointment. Other Obama “czars” have coordinated the auto bailout and the Troubled Asset Relief Program, or TARP, to boost banks after the 2008 financial crisis. 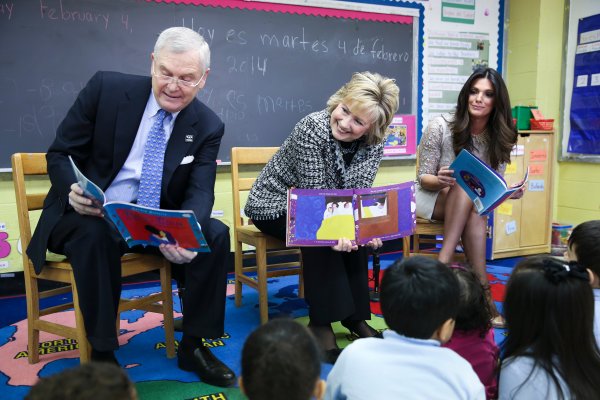