8 Takeaways From the PlayStation 4 and Xbox One September Sales

Continuing a long upward-downward trend that’s defined much of 2014, combined sales of video game hardware like the PlayStation 4 and Xbox One were up significantly year-on-year for September, while physical software sales were down, reports NPD.

Let’s step through the pullouts.

The Xbox One didn’t outsell the PlayStation 4 after all

Did anyone think it would? They did: Wedbush Morgan analyst Michael Pachter predicted earlier this week that the Xbox One would outsell the PlayStation 4 in September.

“We expect Xbox One sales to exceed those of the PS4 for only the second month since launch,” Pachter said, according to VentureBeat.

And yet Sony claims the PS4 “won the month of September, nearly tripling August sales” (it credits the limited-edition white Destiny PS4 bundle as a major factor).

Remember that we don’t know by how much the PS4 outsold the Xbox One (perhaps it was photo finish), and to be fair, analyst predictions are never guarantees.

Save for May, which was basically “Mario Kart 8 month,” new physical software sales have been slightly to dramatically down every month through September. Bear in mind that NPD’s figures don’t take into account used retail game sales or digital software sales, and focus strictly on classic video game demographics (that is, not smartphones, tablets, other mobile devices or microconsoles and so forth).

…but new hardware sales have skyrocketed

Hardware sales were up 136% for September, year-on-year, says NPD. The lowest year-on-year month for hardware was January, just 17%, which makes sense because January 2013 was a five-week reporting period (whereas this year was just four), plus January’s the sales hangover after the holiday splurge.

Generally speaking, year-on-year hardware sales percent increases have been in the high double and occasionally low triple figures. Considered against the declining new physical software figure, and given that you can buy just about anything on the PlayStation 4 or Xbox One digitally, well, let’s hope someone reputable’s conducting insightful surveys, so we can get a better sense for what the correlations are, and whether software sales are in fact up.

Destiny broke at least one record

Destiny was the top-selling video game for September, whether considered as a standalone SKU or against other multi-SKU competitors. NPD calls it “the most successful launch of the year so far,” then adds that “an even more prestigious feat was the fact that Destiny had the best launch month of all-time for any new IP in video game software.”

While Destiny took the top sales slot, Madden NFL 15, FIFA 15 and NHL 15 (all thee with cross-generation versions) each placed in the top 10. On current-gen consoles, Sony says those three game sold the most on the PS4.

Super Smash Bros. can still do big business for Nintendo

September was all about the 3DS, from Nintendo’s vantage anyway. Even if the game was only available for the last two days of the month, Super Smash Bros. for 3DS easily placed in the top 10, competing with multi-platform SKUs to snatch the fourth slot, beating Middle-earth: Shadow of Mordor, NHL 15, Minecraft, The Sims 4, Disney Infinity 2.0 and Diablo III.

Where’s the Wii U in all of this?

Up 50% in unit sales over August, says Nintendo, helped along by sales of it Zelda brawler Hyrule Warriors (190,000 units), and sustained sales of racer Mario Kart 8 (60,000 units, for a lifetime total of nearly 1.2 million units).

Pay no attention to the noise

Sony’s September sales breakdown has a bunch of stuff in it that you might call “infometrics,” not to be confused with the science of informetrics (note the “r”). Infometrics is a buzzword I used to hear a decade or so ago from “data intelligence” companies trying to up-sell their analysis services. It’s basically a fancy neologistic way of saying “look, some numbers!”

So we have Sony’s claim, for instance, about “social sharing” amounting to 450,000 hours of live gameplay. Trouble is, we have no idea what that number actually means or what to stack it against in the press release. It sounds impressive–nearly half a million hours of stream sharing!–but consider that game streamer Twitch alone does something like 15 billion minutes a month, or 250 million hours, total.

On the other hand, this is interesting and tangible: Sony says Destiny is the most-played PS4 game, with “total gameplay hours” five times higher than the next-most-played game. 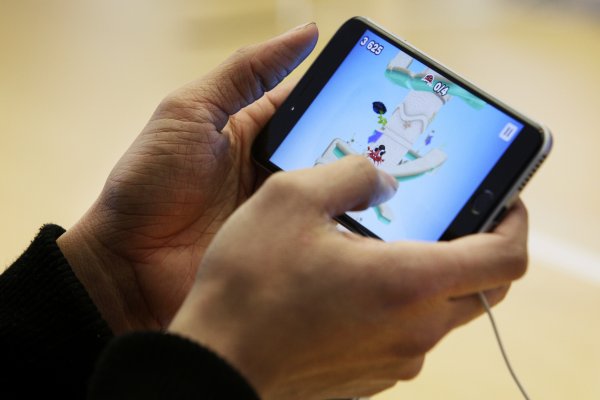 The 5 iPhone Games You Should Play This Week
Next Up: Editor's Pick