Alleged serial killer Tiago Gomes da Rocha, center, suspected of killing 39 people, is escorted by police officers at the Department of Security, a day after his arrest, in Goiania, state of Goias, Brazil, on Oct. 16, 2014.
Evaristo Sa—AFP/Getty Images
By Rishi Iyengar

A 26-year-old Brazilian man who allegedly killed at least 39 people in the span of three years has been taken into custody by local authorities.

Security guard Thiago Henrique Gomes da Rocha confessed to the murders after being arrested in the central city of Goiania, the BBC reports.

“We have been shocked by his coldness,” a police official who witnessed his interrogation told Brazilian television, saying that Gomes da Rocha referred to his victims by numbers one to 39.

He reportedly targeted women, homeless people and homosexuals, going up to his victims on a motorcycle with his face covered. He would then shoot them and leave without taking any of their possessions, although police said he would often demand valuables.

Other than the killings, he is also suspected of carrying out over 90 robberies. 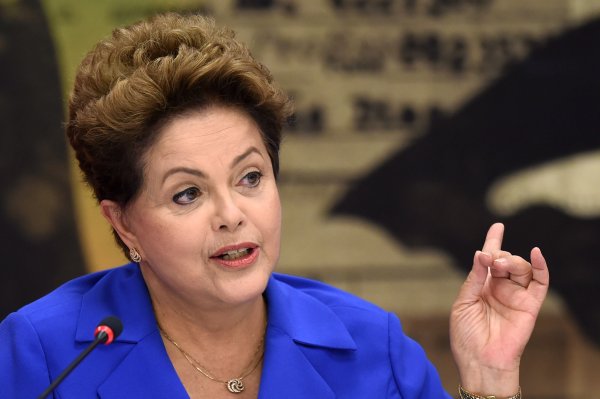 It's the Economy, Estúpido: Brazil to Vote Again
Next Up: Editor's Pick