Sen. Ted Cruz is surrounded by preachers as he addresses a crowd at a Houston church Thursday, Oct. 16, 2014 about a legal dispute involving several pastors fighting subpoenas from Houston city attorneys.
Pat Sullivan—AP
By Josh Sanburn

Houston, with its left-leaning, openly gay mayor governing an influential conservative and evangelical base, is a city politically divided. That division has been made clear in recent days after the city subpoenaed sermons of several pastors who oppose a recently passed equal rights ordinance for gay and transgender residents. The subpoenas are an attempt by city officials to determine how the preachers instructed their congregants in their push to get the law repealed.

The city’s subpoenas targeted sermons and speeches by five Houston pastors with ties to religious leaders attempting to repeal the Houston Equal Rights Ordinance, which bars businesses from discriminating against gay and transgender residents. The law, passed into law by Mayor Annise Parker in May, is often derided as a “bathroom bill,” because it allows transgender individuals to choose whether to use a male or female restroom.

This summer, a group of local pastors and religious leaders began gathering signatures in an attempt to get a referendum to repeal the law on this November’s ballot. But City Attorney David Feldman blocked that attempt by throwing out thousands of signatures he said didn’t meet the criteria to qualify, incensing groups opposed to the rule.

Local religious leaders claim Feldman illegally disqualified the referendum and have filed a suit against the city. Mayor Parker, meanwhile, has pledged not to enforce the ordinance until there’s a court decision. But the move by the city to subpoena Houston’s pastors, who have been vocal on the issue and have urged their congregants to support a repeal referendum, has drawn national attention. Republican Senator Ted Cruz said in a statement that the subpoenas were “shocking and shameful,” and Family Research Council’s Tony Perkins has called for the city to drop them as well.

“The chilling effect of government scrutiny of our pastors is unconstitutional, and unconscionable,” Perkins said in a statement. “Mayor Parker’s use of her bully pulpit to silence pulpit freedom must be stopped in its tracks.”

Texas Attorney General Greg Abbott also issued a letter saying the city impinged on the pastors’ First Amendment rights and called for the subpoenas’ immediate reversal. “Whether you intend it to be so or not, your action is a direct assault on the religious liberty guaranteed by the First Amendment,” Abbott wrote to Feldman. “The people of Houston and their religious leaders must be absolutely secure in their knowledge that their religious affairs are beyond the reach of the government.”

University of Houston law professor Peter Linzer says the city reached too far in issuing the subpoenas. One subpoena sent to Pastor Steve Riggle, for example, asks for “all speeches, presentations, or sermons related to [the equal rights ordinance], the petition, Mayor Annise Parker, homosexuality, or gender identity.” However, Linzer says it wouldn’t impinge on the pastors’ First Amendment rights if the city only asked only for sermons or speeches related to the signature drive. “Let’s assume they gave instructions to cheat,” Linzer says. “That would be relevant speech and I don’t see how they would have any First Amendment protection for that.”

Among those fighting the city’s move is the Alliance for Defending Freedom, a religious freedom advocacy non-profit whose lawyers have filed a motion trying to quash the subpoenas. “I haven’t seen any indication that the city is backing down,” says Erik Stanley, the group’s senior legal counsel. “But we’re hopeful that they will. The only thing we can figure is they were subpoenaed because they spoke out against the ordinance. And they urged people to sign the petition. They exercised their constitutional rights to speak out.”

Still, Mayor Parker and City Attorney David Feldman appeared to backtrack on the subpoenas Wednesday, saying they had only recently learned of them and that outside lawyers handled the lawsuit. They argued the city is merely looking for communications from those pastors regarding the petition drive, but that the subpoenas’ language was inappropriate.

“There’s no question the wording was overly broad,” Parker said in a news conference Wednesday. “But I also think there was some deliberate misinterpretation.” Feldman, the city attorney, called the uproar over the wording “ridiculous,” but also has argued that if a pastor is speaking about political issues from the pulpit, it’s not protected. The mayor’s office declined to comment further for this story.

On Friday, The Houston Chronicle reported that the city would remove the term “sermon” from the subpoenas. Mayor Parker, however, said that relevant sermons regarding the petition drive could still be gathered. 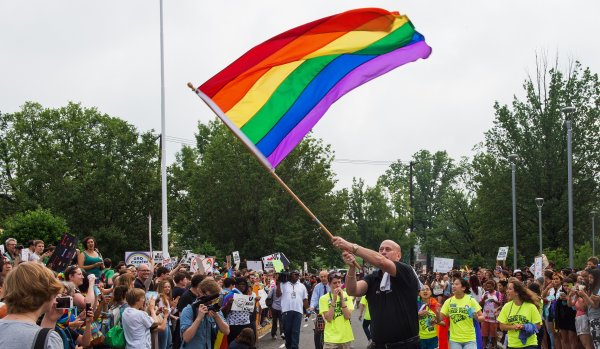