How to Talk About The End of Your Life

The video of Brittany Maynard, 29, describing her choice to move to Oregon for the right to end her life due to her terminal cancer has received well over 7 million views. It’s also left many people shocked, saddened and inspired by her decision.

“I am not suicidal. If I were, I would have consumed that medication long ago. I do not want to die. But I am dying. And I want to die on my own terms,” Maynard wrote on CNN.com.

Talking about death—and the circumstances surrounding it—is uncomfortable for most people. But my colleague Lily Rothman, 28, just wrote her will. “My eventual death was something I’d been mentioning to lots of people, on Facebook and at engagement parties and at my high-school reunion,” she writes. “It wasn’t that I thought death was going to come any time soon or in any special way, it’s just that, as they say on Game of Thrones, all men must die.”

Many people argue that it’s time we had more conversations about the end of life and how we want to go. It’s a conversation that can become awkward, especially for adult children bringing it up to their parents, but it allows people to avoid having to make very difficult decisions at the most sensitive times. “It’s critically important for us to have these conversations at the kitchen table,” says Ellen Goodman, founder of The Conversation Project, a nonprofit organization that campaigns for the expression and respect of wishes for end-of-life care. “Too many people are not dying in the way that they choose, and we need to change that.”

Goodman, who had to make medical decisions for her dying mother that they had never discussed beforehand, also created the Conversation Starter Kit, which you can download for free. So far, people in 50 states and 176 countries have downloaded the kit. That’s great news, considering about 90% of Americans believe it’s important to talk about their end-of-life care wishes and those of their loved ones, but only 30% actually have those discussions, according to the Conversation Project. “We would hope that this really tragic story of [Brittany Maynard] has an outcome that will really help people talk about these issues,” says Goodman.

Here are some other preparations you might consider if preparing an end-of-life checklist, from the National Institute on Aging: 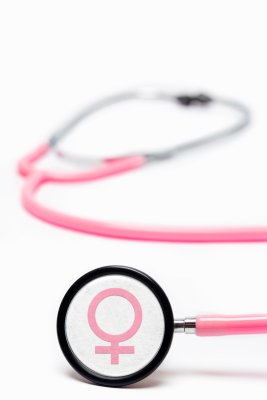 5 Reasons Why Women Live Longer Than Men
Next Up: Editor's Pick