Traffic congestion isn’t just a frustrating part of commuter life; it’s expensive. A new report finds that every household with a car-commuting member loses $1,700 a year in time and gas burned thanks to bumper-to-bumper traffic.

If you think that’s bad, it’s going to get worse: Researchers predict that annual cost will soar to $2,300 by 2030. Between now and then, the total tab adds up to $2.8 trillion.

The Centre for Economics and Business Research found that last year alone, wasted time and gas from sitting in traffic cost us $78 billion, and it warns that we’ll face greater congestion in the future because our population is growing and we’ll buy more cars, adding to the rush-hour standstill. (The study was commissioned by INRIX, a company that makes traffic-navigation software.)

Researchers say traffic jams also generate indirect costs. The group estimates that $45 billion worth of costs incurred by freight stuck in traffic gets passed along to consumers, and the carbon from the gas we burn has an annual cost of $300 million.

And while you might think recent decreases in the price of gas might help, researchers say this actually hurts our traffic prospects in the long run: Cheaper gas means people are more willing to plunk down the money for a car and more likely to get behind the wheel, rather than considering alternatives like consolidating trips or carpooling. This, of course, means more vehicles clogging our roads at any given time.

According to the American Automobile Association, idling burns about a gallon of gas an hour even if you don’t go anywhere. So, what can the average commuter do?

Unfortunately, the answer for many right now is “not much.” Mistele suggests that in-car software or smartphone apps can help by giving drivers real-time congestion information and suggesting alternate routes. (That’s true, but sometimes even an alternate route will leave you staring at brake lights as the clock ticks.) Workarounds like alternative work hours are telecommuting can help, if you’re one of the lucky few who has that kind of job flexibility, but many of us don’t. Alternatives like public transportation, walking or biking will work for some, but will be inconvenient for anybody trying to haul a little league team or a warehouse club-sized package of paper towels across town.

Along with trying to consolidate trips and carpooling, the AAA recommends resisting the temptation to speed up as soon as there’s a bit of a break, then jamming on your brakes again a minute later. “It takes much more fuel to get a vehicle moving than it does to keep it moving,” the group advises, so try to keep a slow and steady pace if you can. Get the junk out of your trunk and remove unused third-row seating to lighten your load and improve your mileage. 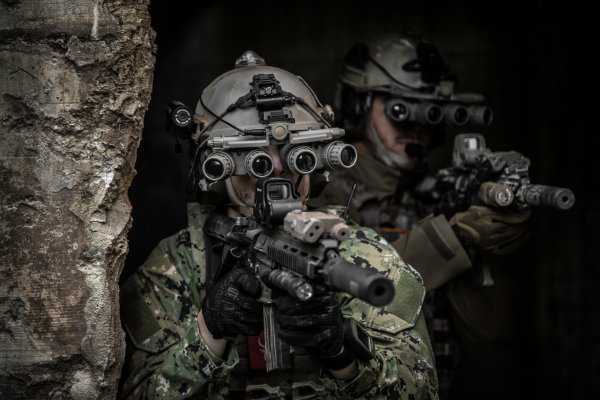 10 Phrases SEAL Teams Simply Do Not Accept (Nor Should You)
Next Up: Editor's Pick