He calls himself “Mr. Worldwide” — but who knew it was meant to be taken literally?

The rapper Pitbull has released the cover of his forthcoming album Globalization, on which his face is replaced by a map of the earth. Its uncanny creepiness makes the album perfectly timed: Go as Globe-Face Pitbull to your next Halloween fête!

The image is fitting, in a way: the Miami-based artist has managed to combine American hip-hop, Latin music, and the sort of house music popular in Europe into a lucrative career, and he’s certainly aware of his own global appeal. His last two albums were titled Planet Pit and Global Warming. His music, with its sing-songy, nonsensical lyrics and aggressive beats, could fit in at just about any club on earth, from Miami (somewhere around Pitbull’s right eye) to Rio (near his left ear) to Eastern Europe (towards the back of his scalp.) 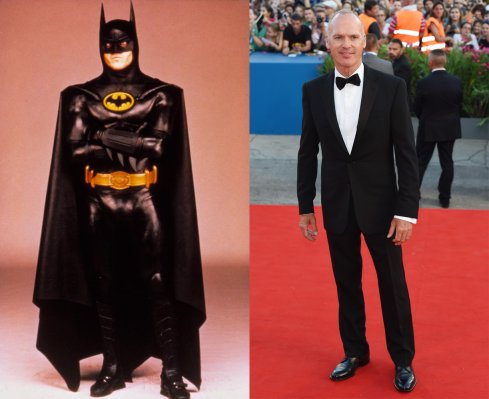 From Batman to Birdman: What Happened to Your Favorite Superhero Actors?
Next Up: Editor's Pick