At UCSF Benioff Children’s Hospital in Oakland, a new program is about to get underway that serves a purpose near to both the Obama White House and former Secretary of State Hillary Clinton care a great deal about.

Benioff is one of two locations where Too Small to Fail, a joint venture between the Bill, Hillary and Chelsea Clinton Foundation and Next Generation, is launching a pilot program that will expand their efforts to close the so-called word gap. A little over a year ago, Too Small to Fail was started with the goal of getting more parents talking, singing, and reading to their kids starting from birth. Studies have shown children born to higher-income families are exposed to some 30 million more words than their counterparts on welfare before the reach kindergarten.

About 73% of the families served by Benioff Children’s Hospital utilize Medicaid, says the hospital’s President and CEO Dr. Bert Lubin, making it the ideal setting to test the benefits of providing tools and support to families and communities that encourage them to interact with their babies. “It’s such a simple thing,” Lubin says . “The parents who are not talking, singing and reading. They love their children, but they don’t know that not doing it is something that really permanently effects the child.”

On Thursday, representatives from the Oakland program will be at the White House sharing their stories with other community leaders, including the Mayor of Providence, Rhode Island where a Bloomberg Philanthropies funded program that records and tracks the words spoken to babies has been underway for a little over a year. Too Small is joining with the White House to use the nation’s most powerful bully pulpit to spread the message that learning is important and support local communities working to get their children and babies best prepared for school.

The White House will announce an investment to fund a research coalition to build more research around the word gap. The federal government will also be working with the tech community to get their input in the effort to close the word gap. Some apps, like the Text4Baby mobile application, are already in use, helping provide mothers with information on the development of their child throughout pregnancy and infancy.

Over the next year at Benioff and around Oakland, parents will receive books, clothing and reading materials from birth to remind them to get chatty with their bundles of joy. They’ll be reminded of the benefits of speaking to their kids on billboards and in advertisements, at community-based programs and in churches. The hospital also plans to track and record the development of babies who are being interacted with regularly to gauge the benefits and encourage other cities to do the same. “The reality is if we address this word gap, everyone is more likely to stay in school, get a job afterwards and contribute to society,” Lubin says. “The investment is small in terms of the impact it will have on our society.”

Almost half of infants and toddlers come from low-income families and about 25% live in poverty, according to the National Center for Infants and Toddlers. Though having enough food and shelter is extremely important to a child’s health, cognitive development is equally important. Families play a pivotal role in children’s early development, but only about 48% of parents read to their kids every day. That lack of interaction is detrimental to children who’s way out of poverty is through school. According to research from Rice University, children from low income families heard about 30 million fewer words by age 4 than their high income peers. Kids from working class families heard about 15 million fewer.

“This word gap turns into an achievement gap once children reach school,” says Ann O’Leary, the director of the children and families program at Next Generation.

Too Small to Fail’s first year was spent increasing public awareness on the importance of closing the word gap. A partnership with Univision ensured ads appeared in Spanish and English. The topic came up on television shows including The Fosters and Orange is the New Black—this year, the issue is expected to come up on more shows including Modern Family and Criminal Minds. The American Academy of Pediatrics adopted a policy message that speaks to the importance of early literacy. And last March, Tulsa became the first city to launch a partnership with Too Small to Fail, similar to what’s happening in Oakland.

O’Leary says reading and speaking to children should be as important as brushing their teeth.“When you imagine that this is not an optional activity, but that this is a must-do activity it becomes kind of shocking that only half of families are doing this,” O’Leary says. “What if half were only brushing their teeth? We think it’s just as urgent to get this information out. These are not optional activities.” 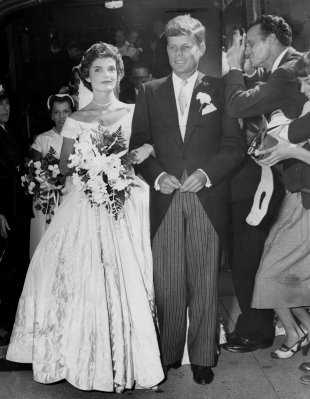