Thirteen original negatives of photographs taken at John F. Kennedy’s wedding were auctioned off on Wednesday for a sum of $37,073.

Boston-based RR Auction said the negatives, which have probably never been published, were sold to a Las Vegas doctor who chose to remain anonymous.

The images show Kennedy and his new bride, Jacqueline Bouvier, cutting their wedding cake and leaving the church, and a couple of others show the entire wedding party posing outside, the Associated Press reported.

The wedding took place on Sept. 12, 1953, in Newport, R.I., and was attended by nearly 2,000 people. Kennedy was still in his first term as a U.S. Senator, and wouldn’t go on to become President until more than seven years later.

According to RR Auction, the images were taken by freelance photographer Frank Ataman, although the negatives were found in another photographer’s darkroom.

Other items related to the Kennedys sold on Wednesday included a holiday card signed by the couple just days before the President’s November 1963 assassination. It fetched $19,500. 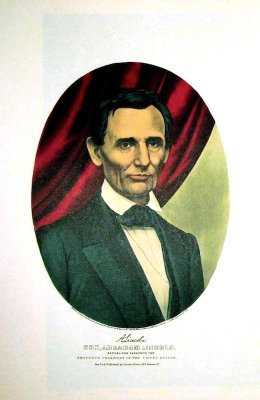 The Super Cute Story Behind Abraham Lincoln's Beard
Next Up: Editor's Pick