Former Florida Governor and Democratic candidate for Governor Charlie Crist waits next to an empty podium for Republican Florida Governor Rick Scott who delayed his entry onto the stage due to an electric fan that Crist had at his podium at a televised debate at Broward College on Oct. 15, 2014 in Davie, Florida.
Joe Raedle—Getty Images
By Maya Rhodan

Florida Gov. Rick Scott refused to take the stage at Wednesday night’s gubernatorial debate after his Democratic challenger Charlie Crist was allowed to have a small fan under his podium, in an odd election moment that has already been dubbed “fangate” across the Internet.

“Ladies and gentlemen, we have an extremely peculiar situation right now,” moderator Eliott Rodriguez said before Crist took the stage. “We have been told that Gov. Scott will not be participating in the debate.”

The Scott campaign had requested there be no fan on stage during the debate, but because former Gov. Crist was allowed to have one, Scott refused to join him on the stage.

The governor eventually relented, but not before Twitter erupted with snarky commentary. The Democratic Governor’s Association derided the incident as the “political equivalent of pleading the Fifth Amendment.”

Here are some #fangate highlights. 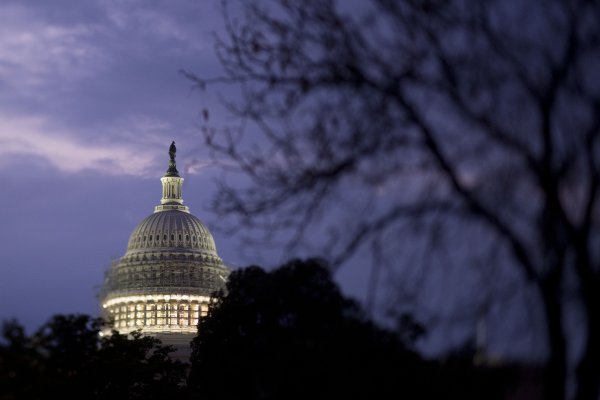 Both Parties See Downside to Winning the Senate
Next Up: Editor's Pick