What Hurricane Sandy Teaches Us About the Warnings We Can't Hear

Miles is the author of Quakeland: On the Road to America’s Next Devastating Earthquake.

Meteorologist Gary Szatkowski was reconsidering. He hadn’t slept well that night, and when he walked into the forecasting room that morning, he could tell his staff hadn’t, either. Even from his office, he could hear the ceaseless ringing of the phones at the public affairs desk. Calls to the office were increasing, and they weren’t just from concerned residents anymore. Some of the state’s emergency management teams had begun to phone as well, wondering if they needed to start initiating storm plans. “Something was definitely cooking,” says Szatkowski. “Things were beginning to spin up.”

And with that spin-up would come an inevitable pile of growing rumors that would turn into extreme or even ridiculous stories of Armageddon. That’s the last thing Szatkowski wanted. But he didn’t want an erroneous forecast, either. If there’s anything that gets the general public distrustful, it’s telling them about a storm that never manifests. Any effect Sandy might have on the mid-Atlantic was still seven days out—further than had ever been forecast before. Still, the ECMWF was remaining constant in its prediction. And the meteorologists on his listserv were inclined to believe it.

It’d be a big risk to make any kind of definitive statement so early in the game. He quizzed his staff: What did they feel confident about? What could be said in a storm briefing at this point? What was too big a risk?

“We have a way of forgetting what storms can do,” says Szatkowski. And that makes him really frustrated. “People lose sight of the damage tropical systems have already done to this region.” A massive hurricane hit New York in 1821, bringing with it flooding so high that the Hudson and East Rivers converged across much of lower Manhattan. Since then, a series of storms have wreaked havoc on the Big Apple. In 1954, not a single hurricane struck Florida, Georgia, or the Gulf states. But an unprecedented three hurricanes swept across New York and other North Atlantic states, collectively resulting in more than $500 million dollars in damage (about $4.8 billion dollars today) and the deaths of 229 people, most of whom drowned. Carol, the worst of the three storms to hit the New York region, brought storm tides of fifteen feet; many parts of Providence, Rhode Island, were left with ten feet of standing water. “Considering past experience, which indicates normal expectancy of only five to ten hurricanes per century in New England, two in one year is extraordinary,” wrote Walter R. Davis of the Miami Weather Bureau office.

Less than a year later, Davis and other hurricane specialists watched, dumbstruck, as Hurricanes Connie and Diane battered southern New England and flooded large portions of Connecticut and New York. With just days between the two storms, the hurricanes not only called into question just how unlikely an appearance they were in northern latitudes, but also how prepared the region was to deal with them. Diane soon earned what Davis called “the unenviable distinction of ‘the first billion-dollar hurricane.’ ” In the year-end report he authored with other meteorologists from the Weather Bureau, Davis also deemed the storm “undoubtedly the greatest natural catastrophe in the history of the United States.”

It was a distinction that would soon be eclipsed by more than a dozen other storms. And, like Diane, several of them would leave a path of destruction across the North Atlantic region. In 1960, Hurricane Donna flushed New York Harbor with eleven feet of storm tide. Nearly forty years later, Tropical Storm Floyd forced massive evacuations as 60-mile-per-hour winds battered New York City, bringing with them more than a foot of rain. The Great Atlantic Storm of 1962, quite possibly the worst storm to hit the region, brought forty-foot waves off the coast of New York and New Jersey, along with torrential rain and flooding for much of the region. More than forty-five thousand homes were destroyed in New Jersey alone.

Most Americans either don’t remember these storms or never heard about them in the first place. That makes it next to impossible to learn any lessons from them. And that makes the otherwise unflappble Gary Szatkowski mad.

“When it comes to dealing with risk, we need a lot of improvement as a society. I get passionate about that.” True to his Midwestern upbringing, Szatkowski gets passionate by tapping his hand on his desk and smiling. That, and putting down his head and getting to work.

The best solution he had at his disposal was the creation of a storm briefing. But no one had ever made one of those for a hurricane that might make landfall seven days later.

“A week out, you can’t be talking in any level of detail,” says Szatkowski. “The best you can say at that point is, ‘Yes, there’s a storm out there. It might be impacting us.’ ”

Maybe, he thought, that will be enough—enough to at least get people thinking.

“It takes a while to get people to the right place to make the right decision,” he says. And even then we tend to make the wrong decision when staring a natural disaster in the face. Szatkowski didn’t want to see that happen.

An hour later, he was pretty sure he had a plan. So, sitting at his computer desk, he began to write what would soon become a historic report. “Tropical Storm Sandy is expected to reach hurricane strength on Wednesday,” he began. “It will continue to move northward. This storm system will bring multiple potential threats to the region.”

Szatkowski paused. This was the kind of statement that ratcheted up panic levels. It’d be all the emergency management teams needed to shift into high gear. Yet, for all he knew, it could be totally wrong:

With days to go before landfall, the storm could just as easily peter out or make a beeline for Europe. He looked at the data again. He thought about the worst-case scenario. And then he decided that he didn’t want to be responsible for anyone living that scenario. He included the map of the computer model tracks—twenty of them, in fact. He pointed out that there was still an enormous spread—thousands of miles, actually—between them. But the European model, while still in the minority, was no longer alone in its prediction that Sandy was destined for the Eastern Seaboard. The effects of that track, he said, could be disastrous. The entire region could be assaulted by very strong winds. The slow, lumbering pace of the storm meant that total rainfall amounts would cause major flooding. “The takeaway message is that our region could be close to the path of a very dangerous storm. Our region is clearly at risk.”

Szatkowski printed out the draft and returned to the forecast room. He handed out copies to all the meteorologists there and then sat down, waiting for his staff to read it. He watched them carefully.

“Does this make you uncomfortable?” They shook their heads.

“Is the emphasis right?”

They said it was. So their supervisor went back into his office. But he didn’t publish the briefing right away. Instead, he sat for a while, his hands resting on the keyboard. He thought again about the consequences of this briefing—the way it would undoubtedly turn the country’s biggest metropolitan area into a bluster of storm preparations. This storm could turn out to be nothing, a voice said somewhere inside his head. And that statement of doubt held sway—but just for a few moments.

Kathryn Miles, author of Superstorm: Nine Days Inside Hurricane Sandy, is an award-winning science writer whose work has appeared in Best American Essays. She is currently writer-in-residence for Green Mountain College and a faculty member in Chatham University’s MFA program. 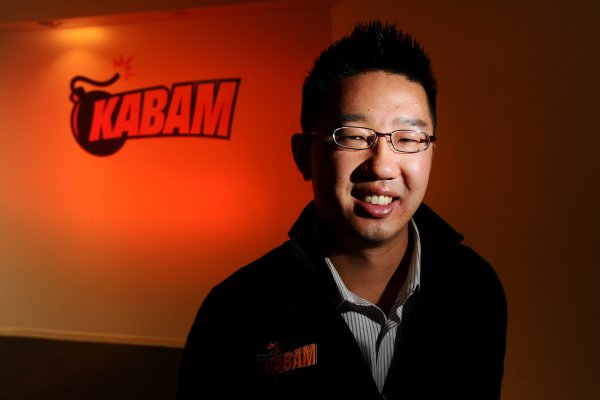 Let’s Fix It: The H-1B Visa Process Needs Improvement
Next Up: Editor's Pick