How Lessons From the AIDS Crisis Can Help Us Beat Ebola

Health officials counsel guests on the prevention of HIV/AIDS transmission at the Argungu fishing festival in Kebbi State, northwestern Nigeria on March 13, 2008. Hundreds of fishermen from different parts of Nigeria and neighbouring West African countries have started arriving in Argungu fishing Town to participate in the fishing festival. AFP PHOTO / PIUS UTOMI EKPEI (Photo credit should read PIUS UTOMI EKPEI/AFP/Getty Images)
PIUS UTOMI EKPEI—AFP/Getty Images
Ideas
By Ruth Katz
Ruth Katz is the director of the Health, Medicine and Society program at the Aspen Institute, a nonpartisan educational and policy studies institute based in Washington, D.C. She served from 2009 to 2013 as Chief Public Health Counsel with the Committee on Energy and Commerce in the U.S. House of Representatives. Ms. Katz was the lead Democratic committee staff on the public health components of the health reform initiative passed by the House of Representatives in November 2009. Prior to her work with the Committee, Ms. Katz was the Walter G. Ross Professor of Health Policy of the School of Public Health and Health Services at The George Washington University. She served as the dean of the school from 2003 to 2008.

Without urgent action, Ebola could become “the world’s next AIDS,” said Thomas Frieden, director of the U.S. Centers for Disease Control and Prevention (CDC). HIV/AIDS has killed some 36 million people since the epidemic began, and another 35 million are living with the virus. Is history really about to repeat itself?

It doesn’t have to, if we have the wisdom to learn from past experiences. The tools we need immediately are swift international action, strong leadership, respect for science and broad-based compassion. But once we contain Ebola – and we will – we need new resource commitments and global health strategies to bring the next deadly epidemic under control much more quickly.

We’ve already done some things right. President Obama traveled to CDC headquarters in Atlanta, a rare presidential action, to detail an aggressive offensive against Ebola that includes sending troops and supplies to build health care facilities in Africa. Contrast that with the response to AIDS under President Reagan, who did not mention the epidemic publicly until 1987, six years after people started dying from it. This time around, we’re seeing leadership at the top.

Health officials have also put out a unified message about how Ebola can be transmitted – only through direct contact with bodily fluids. That, too, stands in welcome contrast with HIV, where irresponsible rumors quickly took hold and people worried about sharing toilets seats and touching doorknobs. The importance of educating health care workers and keeping them safe represents a commonality between Ebola and HIV, and must be among our highest priorities. Following the science is the only way we’re going to stop this thing.

Another lesson from HIV is that adequate resources can transform disease outcomes. The President’s Emergency Plan for AIDS Relief (PEPFAR), a $15 billion, five-year commitment under President George W. Bush saved millions of lives around the world. But by contrast, even though the CDC is attacking Ebola with the largest global response in its history, the effort doesn’t come close to having the budget necessary to do all the field work needed to really beat back Ebola. Bipartisan funding support is crucial to enable public health officials to act aggressively.

One lesson that has not been well learned is that we stigmatize people at our own peril. During the AIDS epidemic, we saw an American teenager, Ryan White, expelled from school after he contracted HIV through a blood transfusion. In Dallas, where the first known Ebola victim in the U.S. has died, we hear reports that people of African origin have been turned away from restaurants and parents are pulling their children out of school. Cries to ban flights from Ebola-affected countries — an ineffective strategy reminiscent of the 22-year ban on the entry of HIV-positive people into the U.S. — are growing louder.

Experience tells us that when we are driven by fear, we tend to push infected people underground, further from the reach of the health-care system and perhaps closer to harming others. There was a time when many people assumed every gay man could spread AIDS; now some are suspicious that anyone from West Africa could harbor a deadly virus. Acting on ignorance is the best way to disrupt an optimal public health response.

We should look to other infectious diseases for lessons as well. After severe acute respiratory syndrome (SARS) surfaced in China in 2002 and spread to more than 30 countries in just a few months, an aggressive, well-coordinated global response averted a potential catastrophe. We saw how much could be done when political and cultural differences were set aside in favor of cooperation. SARS also spurred the World Health Organization (WHO) to update its International Health Regulations for the first time in 35 years, and prompted many countries to strengthen their surveillance and response infrastructure, including establishing new national public health agencies.

But glaring gaps remain in the health care and public health systems of many nations, despite years of warnings from almost anyone who has taken a careful look at them. With a population of 4 million, Liberia has only 250 doctors left in the country. That’s more than just Liberia’s problem, because if we can’t contain the Ebola epidemic there, we’re at much higher risk here. And within our own borders, we have a public health system that the Institute of Medicine termed “neglected” back in 2002. That assessment was largely unchanged a decade later when the IOM said that “public health is not funded commensurate with its mission” in the U.S.

The international community dragged its feet far too long on Ebola, and as a result, the virus still has the upper hand, outpacing the steps finally being taken to defeat it. Sierra Leone has just 304 beds for Ebola patients and needs almost 1,500 right now; by next week, it will need more. When it comes to control and prevention, speed is paramount. With the epidemic doubling every three weeks, the actions we take today will have a much greater impact than if we take those actions a month from now.

When we finally subdue this epidemic, we also need to shed our complacency towards the infectious diseases that plague us still, and the new ones likely to arrive with little warning. In a globalized world, they remain an immense threat. Almost 50,000 new HIV infections occur in the United States every year, as do 2 million worldwide. Influenza kills thousands of people annually, and more virulent strains can be much more dire. Yet we shrug most of this off, rarely paying attention until blaring headlines announce an impending cataclysm.

To get ahead of the curve, we need a renewed commitment to research and action, and enough resources to put more public health boots on the ground, both at home and abroad. Greater support for the Global Health Security Agenda, designed to close gaps in the world’s ability to quell infectious disease, should be a priority. The agenda, launched earlier this year, is a partnership involving the U.S. government, WHO, other international agencies and some 30 partner countries.

For too long, the history of infectious diseases has been that of ignoring a threat until it nears disaster, and then stepping in to prevent it from getting even worse. We can’t afford to keep repeating that pattern, and squandering blood and treasure in the process.

Ebola is a humanitarian crisis, but it does not belong to West Africa alone. We are all in this together.

Ruth Katz is the director of the Health, Medicine and Society program at the Aspen Institute, a nonpartisan educational and policy studies institute based in Washington, DC. She served from 2009 to 2013 as Chief Public Health Counsel with the Committee on Energy and Commerce in the U.S. House of Representatives. Ms. Katz was the lead Democratic committee staff on the public health components of the health reform initiative passed by the House of Representatives in November 2009. Prior to her work with the Committee, Ms. Katz was the Walter G. Ross Professor of Health Policy of the School of Public Health and Health Services at The George Washington University. She served as the dean of the school from 2003 to 2008. This article also appears in the Aspen Journal of ideas. 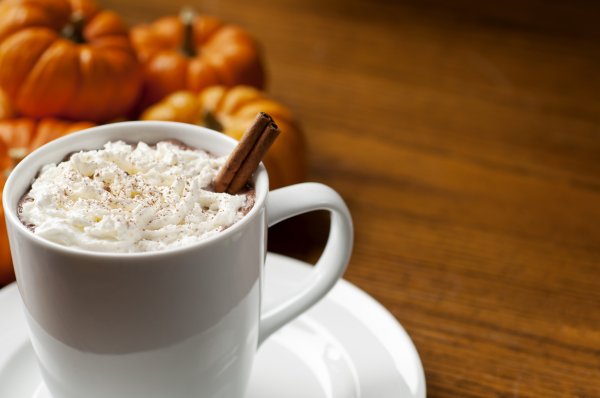 Don’t Be Afraid of Pumpkin Spice
Next Up: Editor's Pick