Netflix Had a Pretty Awful Day

Netflix stock took a nosedive in after-hours trading thanks to a confluence of bad news for the company on Wednesday.

The streaming service missed its subscriber growth forecasts for the quarter and is one of the companies most threatened by HBO’s surprise announcement Wednesday that it will begin offering its content in a stand-alone streaming service in 2015. Netflix shares fell more than 25% in after-hours trading, erasing more than $7 billion in company value.

Netflix added 3.02 million subscribers globally during the third quarter, well off the 3.69 million the company had projected. In the U.S., the company blamed the stalled growth on a $1 price hike that went into effect in May. “Slightly higher prices result in slightly less growth, other things being equal, and this is manifested more clearly in higher adoption markets such as the U.S.,” the company said in a letter to shareholders. Netflix also missed the mark in international markets, though it rolled out in six new European countries in September.

But the looming specter of a stand-alone HBO that consumers will be able to buy without subscribing to cable may be a greater threat to Netflix than slowing growth. The company did not seem overly concerned, however, about having to convince customers that House of Cards is more worthy of their money than Game of Thrones.

“The competition will drive us both to be better,” Netflix said in its letter. “It was inevitable and sensible that they would eventually offer their service as a standalone application. Many people will subscribe to both Netflix and HBO since we have different shows, so we think it is likely we both prosper as consumers move to Internet TV.”

Correction: The original version of this story misstated Netflix’s total revenue in the third quarter. It was $1.4 billion. 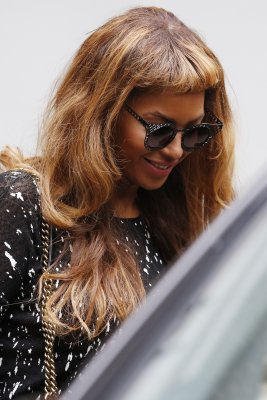 The Most Talked-About Celebrity Bangs of All Time
Next Up: Editor's Pick