One side is going to lose, the Democrats or the Republicans. Such is the nature of most American elections. And that means someone will get blamed.

With polls showing a down-to-the-wire outcome in Senate races across the country, the blame game has already begun. The stakes, and tempers, will likely be higher if Republicans lose than Democrats, given the environmental headwinds that Democrats face. But neither side is immune from the fallout.

Below is a look at the top five folks who should, and probably already are, looking over their shoulders should their party lose the Senate this year. 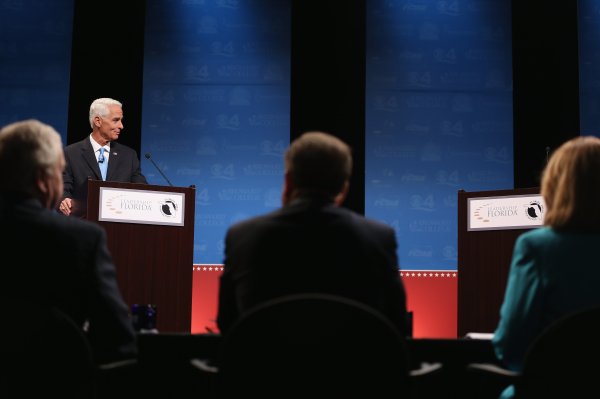 Florida Governor Holds Up Debate Over Challenger's Fan
Next Up: Editor's Pick