House Democrats' Message to Outside Groups: Don't Forget About Us

The top Democrat charged with winning House races had a message Wednesday for outside political groups that have become increasingly focused on preserving the party’s Senate majority: don’t forget about us.

New York Rep. Steve Israel, who chairs the Democratic Congressional Campaign Committee, told reporters that he is resigned to a “tough and unpredictable” election night. “We’re in trench warfare,” he said at Democratic National Committee headquarters, “in a very difficult environment.”

With 20 days remaining until voters go to the polls, House Democrats are preparing themselves up for a disappointing year, shifting scarce resources to protect vulnerable incumbents. In recent days the DCCC, House Democrats’ campaign arm, has canceled planned spending in several open-seat races or on behalf of Democratic challengers in order to shore up surprisingly vulnerable incumbents.

“Everything that has been in our control we have performed and performed well,” Israel said, defending his decision to protect incumbents as “our absolute strategic imperative.”

“What’s outside of our control is the outside groups on both sides of the equation,” he said. “So I can’t control what the Koch Brothers or Karl Rove and the Chamber of Commerce throw in, and I cant control what our outside allies do.

Israel is barred from coordinating with outside groups, but he is allowed to use the press to send messages to allies he can’t talk to directly. That was precisely his aim Wednesday. “There are still opportunities in these 32 races for other outside groups to make a fundamental difference,” he said, in thinly veiled plea for outside spending for his candidates.

DCCC aides say Democratic outside groups—other than House Majority PAC which has their official blessing—are behind by $18 million from their 2012 spending on House races.

“When you’ve got 32 races within six points and you are making tactical and strategic decisions to shore up incumbents, it is frustrating that the cavalry that has always been there doesn’t seem to be there,” Israel said. “The point is we still have 20 days, and that’s an eternity for outside groups to round-up the cavalry and get up to the hill.”

Israel said his hope is that outside groups “will assist in these races and at the end of the day not leave a single race on the table,” even as the DCCC narrows its focus.

Despite repeatedly refusing to outline what a victory or defeat would be on Nov. 4, Israel appeared to be steeling himself for the worst possible outcome, arguing that Democrats were laying the groundwork by protecting incumbents for a counter-punch in 2016, when they will have a more favorable electorate. “There is no question that we’re facing headwinds now,” Israel said. “But I really do believe that Republicans will be facing strong headwinds in 2016.”

“If I were a Republican… I wouldn’t feel too comfortable,” he added, in reference to suburban races where Republicans have proven resilient this cycle. “These guys may think that they have a comfortable environment over the next 20 days, but on Day 21 they wake up to a really hostile environment going into 2016.” 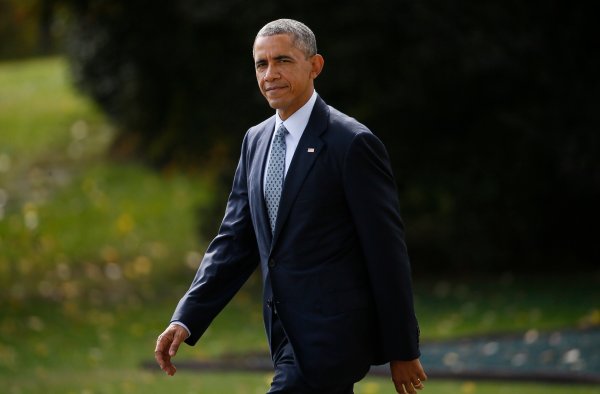