Officials said Tuesday one-year-old Bentley, the dog of the Dallas nurse infected with Ebola, has been moved to a nearby decommissioned naval air base where he’ll be supplied with bedding and toys, the Associated Press reports.

The future of the King Charles Spaniel has been a hot topic ever since Excalibur, the dog of a nurse infected with Ebola in Spain, was euthanized last week. Spanish officials were concerned Excalibur could transmit the virus, and obtained a court order for euthanasia, despite animal rights protests and a Change.org petition with over 400,000 signatures. To date, there has not been a documented case of Ebola being transmitted between a human and a dog, though a CDC study reported it is possible for dogs to contract Ebola.

Bentley will be monitored for Ebola symptoms at the Hensley Field base in southwest Dallas, where he has been since Monday, officials said. The city’s mayor Mike Rawlings, who has previously promised to take care of the dog, maintained Tuesday that city officials will do everything to care for Bentley. 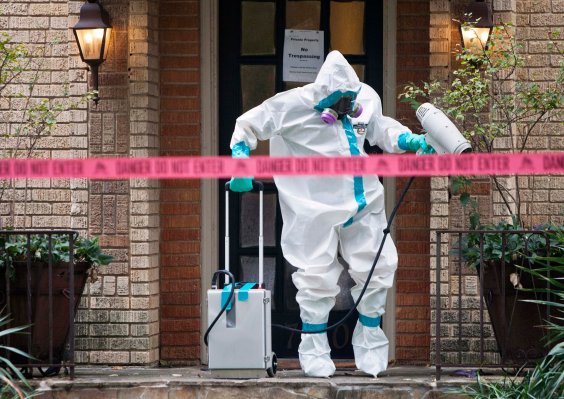 Ebola SWAT Team Sent to Dallas
Next Up: Editor's Pick