When the Disney Brothers Studio got its start on this day, Oct. 16, in 1923, Walt Disney couldn’t have predicted that his animation studio would become the entertainment powerhouse that it’s been for nearly a century.

He also probably failed to predict that, within a decade, he’d get hit with what must be one of the sillier censorship cases in history.

Here’s how TIME described what happened in February of 1931:

That’s right: Clarabelle Cow’s udders were deemed inappropriate for tender American audiences, who one must presume did not know where milk comes from. Clarabelle was also censored at one point, in Ohio, after she was seen reading a racy book.

But, it turns out, Clarabelle wasn’t the only one of Disney’s creations to get adjusted by decency boards during the studio’s first decade. Canada banned another cartoon because of the way a fish got too close to a mermaid’s thigh, and German censors objected to a cartoon in which Mickey and friends were approached by cats wearing German military garb, which was seen as offensive to Germans. (It’s unclear from TIME’s coverage whether the German censors objected to being compared to undignified felines or to anti-Mickey predators.)

It was probably not because of her udders, but Clarabelle has largely faded away from the list of popular Disney characters, which means that–to paraphrase another cartoon icon, Bart Simpson–most of the studio’s movies these days do not, in fact, have a cow, man.

For your security, we've sent a confirmation email to the address you entered. Click the link to confirm your subscription and begin receiving our newsletters. If you don't get the confirmation within 10 minutes, please check your spam folder.
Most Popular on TIME
1
3 Presidents Who Skipped Successors' Inauguration
2
Biden to Propose Citizenship Path for Immigrants
3
Poet Amanda Gorman, 22, Will Read at Biden's Inauguration 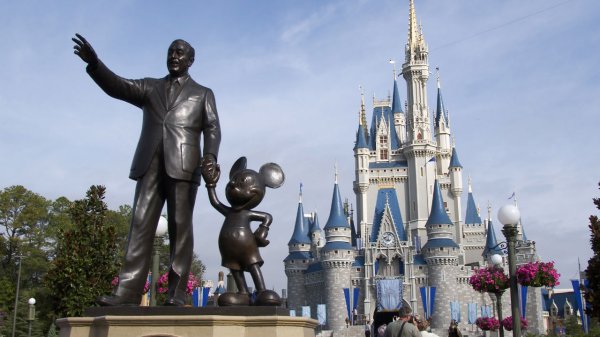 Disney World Tests a No-Line Ride
Next Up: Editor's Pick