Don’t Be Afraid of Pumpkin Spice

We have a love-hate relationship with mass-produced food. It is convenient, consistent, and inhospitable to the bacteria and mold that for most of human existence limited how long we could store and eat certain foods. But every few months, a revelation about the modern food we take for granted emerges to stoke our anxieties.

You may have heard at the end of August about Starbucks’ pumpkin spice latte which contains, with every autumnal sip, Class IV Caramel Color and a tiny bit of 4- methylimidazole (4-MEI), a chemical produced when the coloring breaks down. Worries about caramel coloring and 4-MEI led the Food and Drug Administration to post a Q&A to reassure consumers that the agency has no reason to believe there is any danger from these chemicals in the amounts found in a pumpkin spice latte.

Around the same time, the Washington Post reported on the explosive growth of new food additives with little direct federal oversight and that the largest food industry trade group intends to create a database for the FDA of food additives with the scientific findings used by companies to determine that they are safe to use.

As a chemist, I can tell you that no chemical is perfectly, 100 percent safe all the time, under all conditions. Even I occasionally do a double take when I hear about the ingredients in some of our foods. But our fear of chemicals—what is often called chemophobia—needs to be tempered. The trend seems to be toward banning ingredients because they’re made in a lab, rather than the result of a natural process. As a chemist, I’d caution all of us against assuming “natural” chemicals are safe. Depending on whether it was made in a lab or in nature, a chemical isn’t any better or worse. Chemicals are tools, whose effects can vary greatly by the amount used and how we encounter them.

Let’s take the case of azodicarbonamide (ADA), the “yoga mat chemical” that came to public attention earlier this year when it became widely known that Subway used it in the manufacture of its bread. Giving chemicals like ADA monikers based on a single product in which they’re found or a single task they perform implies chemicals are—to borrow a phrase from Alton Brown—“unitaskers.” Chemicals aren’t single-use tools, like the trendy margarita machine. Chemicals are multi-use tools, like a conventional, top quality blender that can make smoothies, shakes, soups, sauces, and cocktails.

In addition to appearing in yoga mats, ADA is also a dough conditioner, helping gluten “give dough and the bread its body,” Penn State food scientist John Coupland explained in a blog post called “So what is azodicarbonamide actually doing in bread?” How does ADA do this and also aid in the production of foam plastics? As Derek Lowe explains in his post Eight Toxic Foods: A Little Chemical Education, ADA helps to puff up plastics by breaking down into lots of gases, which help make the foam bubbles. “But the conditions inside hot plastic, you will be glad to hear, are quite different from those inside warm bread dough,” he notes. In bread-baking conditions, ADA reacts with the flour proteins to link these proteins together into a sticky, elastic gluten network. As a result of this reaction, ADA breaks down to biurea—a chemical that is easily flushed out by the body and poses no health risk. In baking, ADA can also break down to semicarbazide and urethane—two chemicals that may pose a health risk. This sounds scary, but we must remember that amounts matter. The FDA caps the safe amount of ADA in foods at 45 parts per million, which is likely far more than was in a Subway sandwich. Subway pointed out that ADA “is used in most bread and by most brands”—but they still removed it. What will Subway do with its bread instead? Likely use another chemical that does the same job—one also considered safe to use at levels set by the FDA.

Caramel coloring, 4-MEI, and ADA aren’t the only ingredients that have us looking closely at our foods. In March of this year, the chemical trisodium phosphate (TSP) stoked concerns because of a video dubbing TSP the “paint thinner chemical” and questioning its presence in the children’s breakfast cereal Trix. TSP is used by painters; Savogran, a manufacturer of “removers and cleaners, solvents and repair products,” describes one of their TSP products as a heavy-duty cleaner ideal “for removing heavy deposits of greasy grime, smoke, soot stains and chalked paint from walls, woodwork and floors.”

But that is bulk TSP. It appears in much smaller amounts in food. As Dictionary of Food Ingredients authors Robert S. Igoe and Yiu H. Hui explain, TSP functions in food as “an emulsifier in processed cheese to improve texture [and] maintains viscosity and prevents phase separation in evaporated milk and is also found in cereals.” TSP helps with the texture and appearance of foodstuffs—and this isn’t its only function in food.

TSP also helps keep the meats we eat safe. According to the U.S. Department of Agriculture (USDA), the chemical is among several antimicrobial agents that have been approved by the FDA that are “generally recognized as safe.” “When immersed in and/or sprayed in a dilute solution on chickens, it can significantly reduce bacteria levels,” the USDA says. One of the bacteria TSP is effective at knocking out is salmonella, which causes about 1.2 million illnesses, 23,000 hospitalizations, and 450 deaths in the U.S. every year, according to Centers for Disease Control and Prevention estimates. A small amount of TSP to help ensure food safety? To me, this is a good use of a “paint thinner” chemical.

On the flip side, even “natural” compounds can become harmful. Endurance athletes who drink plenty of water, but no additional sodium, could lower their blood’s concentration of sodium to a dangerous level (hyponatremia). This condition can cause nausea, muscle cramps, confusion, and slurred speech and, in extreme cases, lead to seizures, coma, and death. We may take herbal remedies assuming they’re somehow safer than drugs, but if a chemical affects us, it’s a drug—whether it’s a “natural” tea or an over-the-counter cold tablet. No chemical gets a free pass. This includes the chemicals we use in food.

It may seem scary at first when we hear an unfamiliar chemical name in a food item, but we need to dig deeper. The amount we’re exposed to matters. We have to consider whether we swallowed chemicals, injected them, spilled them on our skin, or inhaled them. We have to consider whether we were exposed to a little bit of the chemical every day for weeks or a big amount all at once. It can seem daunting to dig deeper, but there is a lot of good information out there from the FDA, Department of Agriculture, food scientists at universities, and reputable science writers.

The harm of chemophobia is that, as chemist and science writer Chad Jones wrote: “Irrational fear leads to irrational decisions.” Instead of immediately signing a petition to ban a food additive, let’s look for existing information and carefully consider benefits and risks before making a decision. Perhaps that decision will be to seek a ban or a voluntary stoppage (in the vein of Subway). But perhaps our decision will be that the benefits outweigh the risks or that, in a particular case, there isn’t a reasonable risk.

Raychelle Burks has a doctorate in chemistry and is postdoctoral research associate in chemistry at Doane College in Crete, Nebraska, and the Center for Nanohybrid Functional Materials at the University of Nebraska – Lincoln. Her views do not represent the views of her employer. She wrote this for Zocalo Public Square. On Twitter, she can be found at @DrRubidium. 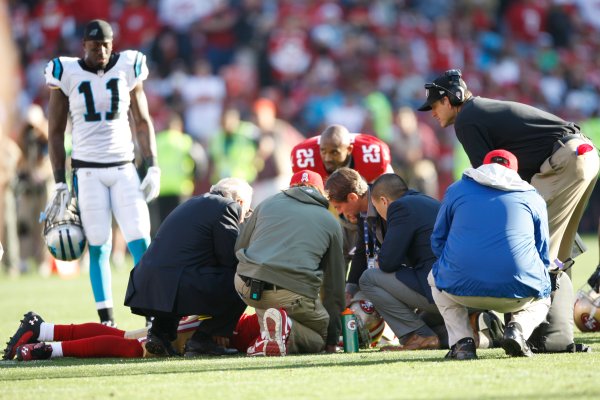