As a neurosurgeon and spine surgeon, I have had a front row seat to gun violence. Whether shot by someone else or self-inflicted, a bullet traveling through the brain and spine can cause extraordinary damage. You can’t put a brain back together. If we do succeed at preserving a life, the victim of gun violence is often left with tragic neurologic deficits such as paralysis, speech problems and cognitive issues.

Prevention is the key to improving health outcomes for gun injury victims. We’ve made great strides in diseases such as cancer, heart disease and diabetes by investing in preventative medicine. Our health care system and our citizens have benefited as a result. Gun violence is no different. We need tools to help prevent gun violence and gun suicide.

Last month, California Governor Jerry Brown signed into law a bill that will do just that. The so-called “gun violence restraining order” is a commonsense policy that balances the need for public health and safeguards the rights of gun owners. It answers a basic question we ask ourselves after horrific instances of mass violence or suicide: What could we have done to stop this?

AB-1014, now law, is modeled on the concept of domestic violence protection orders. Just as a woman can seek protection from her abuser in the courts, the law allows family members and key members of the community, like law enforcement, to petition a judge to provide temporary firearms prohibitions for those deemed to be in crisis. Whether protecting against suicide or mass violence, it will save lives.

This problem is not theoretical. There are far too many instances where individuals show signs of impending violence but there are no means to prevent them access to firearms. The recent shooting in Isla Vista is an example where limiting access to guns could have saved lives. Now, with the signing of this law, family members and police officers have legal means to prevent a potentially dangerous person from accessing firearms or ammunition.

You can pass this commonsense law in your state, too. Americans for Responsible Solutions, the gun violence prevention group headed by former Congresswoman Gabrielle Giffords and her husband, retired astronaut Mark Kelly, has toolkits for state legislators and advocates telling you exactly how to get it done. Gun violence restraining orders will help keep guns out of the hands of individuals proven to be a threat to the community or themselves while ensuring due process for all involved. As a physician, a citizen and a gun-owner, I encourage the legislatures and governors from across this great nation to act boldly and with common sense.

Khawar Siddique, MD, MBA, is a spine surgeon and neurosurgeon who resides in Los Angeles. 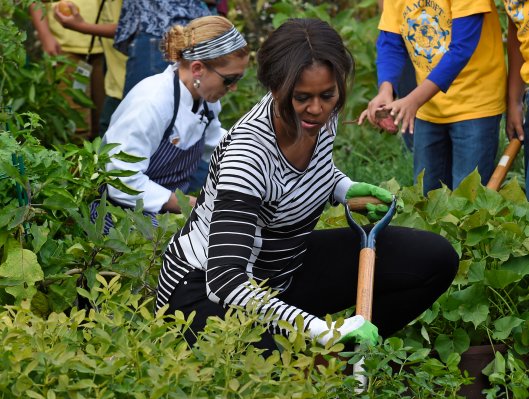 Michelle Obama Turns to Vine Video in Veggie Campaign
Next Up: Editor's Pick